Chris Jericho sets up his next match, and it looks like it won’t be in WWE either 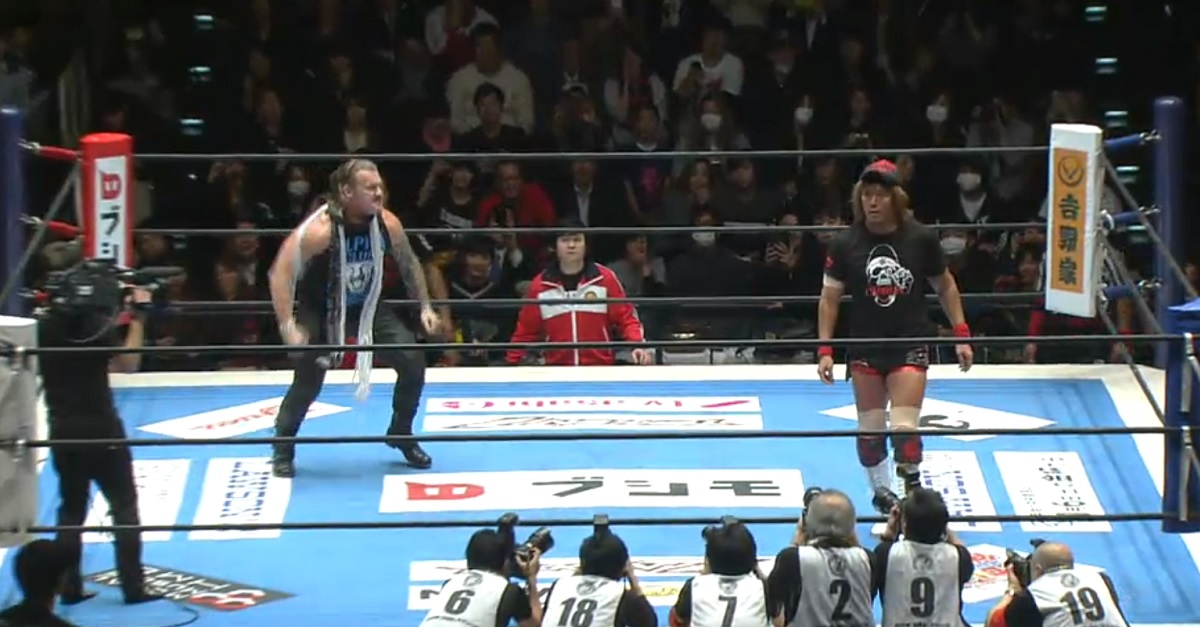 Naito is coming off his own loss to Kazuchika Okada in a IWGP Heavyweight title match in the main event at Wrestle Kingdom. The thought going into the event is that Naito would win the title, and the loss put him in a bit of an awkward spot. However, a feud with Jericho is definitely the best way to keep Naito at the forefront as NJPW moves on from their biggest show of the year.

We’re sure that Naito will find it enjoyable.

Naito is a one-time IWGP Heavyweight Champion — the biggest title outside of WWE — and a one-time IWGP Intercontinental Champion. He was the winner of the 2017 G1 Climax tournament, which is what granted him his shot at Okada’s title at Wrestle Kingdom.