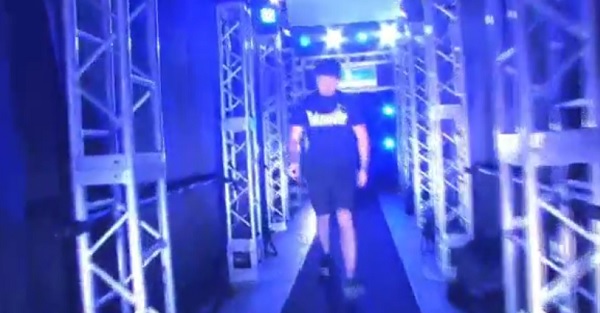 Several months ago, New Japan Pro Wrestling’s Katsuyori Shibata suffered a nearly fatal injury in the ring in a match against IWGP Heavyweight Champion Kazuchika Okada. The injury, a subdural hematoma, left him in the hospital for several weeks as he suffered from ailments like temporary blindness and paralysis.

Shibata has released several updates on his condition, some of which have been positive. However, Shibata’s most recent update is slightly heartbreaking, as the change of weather and continued difficulties of treating the injury have left the pro wrestler in a depressing position.

I was busy in recent weeks so I didn't follow Katsuyori Shibata's blog, but here is his new entry from today: pic.twitter.com/YN8qFWZklk

Katsuyori Shibata says his body didn’t respond well to the change of the season. Due to frequent changes in air pressure, temperature and humidity his concentration span is short and he hasn’t had shock treatment in a month because of stress. He feels stressed in crowded situations when he’s traveling by bus or train and tries to avoid colliding with people.

Shibata wonders if it’s a side effect of his treatment and of course the damage on his body is a burden. he had treatment for 4 months after he left the hospital, but for now he feels he needs balance between his body and his spirit and if he regains that balance he will continue treatment.

Right now he doesn’t feel motivated and believes he was impatient wanting to “fix” his body. So he’s trying to avoid thinking about his treatment as much as possible. He says his body won’t heal quickly and he doesn’t know how much his condition will improve. However he’s not saying that he doesn’t have any fun at all.

Shibata closes with: “Anyways, I will adjust my personal circumstances.”

It had been assumed that Shibata’s treatment was going well, as Shibata had made a shocking appearance in Tokyo for New Japan’s G1 Climax Final.

Welcome back to the ring! #TheWrestler Katsuyori Shibata : "I'm alive! That's all!" #G127 only on @njpwworld pic.twitter.com/IsLfd9d7qh

However, it looks like the long recovery has finally started to take a toll on the 37 year old. As always, we wish him the best in his recover going forward.

It is believed that Shibata’s injury happened during this headbutt that occurred 30 minutes into the 38-minute classic match against Okada for the IWGP Heavyweight Championship at the April 9 Sakura Genesis show.

Shibata had to be rushed to the hospital after the match, where he underwent an emergency five-hour surgery to treat the subdural hematoma. Subdural hematomas can often be fatal if not treated properly and immediately.

Since the injury, Shibata has spent a lot of his time in the hospital recovering. A lot of the updates since had been rather bleak, as Shibata was still dealing with vision issues and partial paralysis weeks after the initial occurrence.