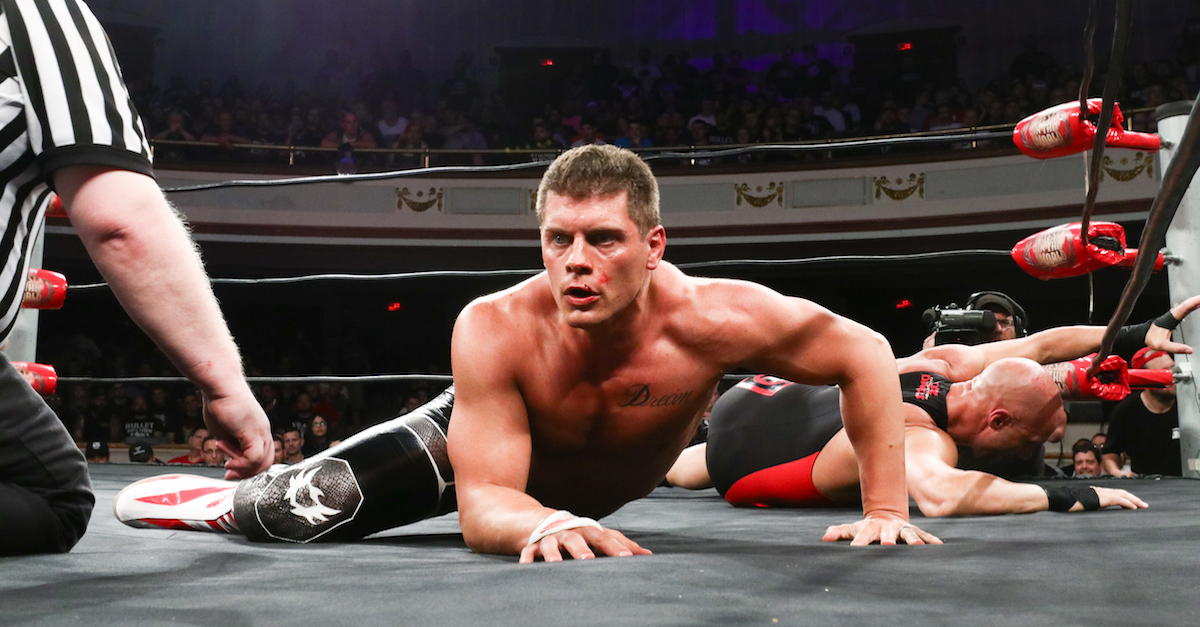 Cody Rhodes is officially a Ring of Honor talent.

After successfully defending the World Championship at Death Before Dishonor Friday night in Las Vegas, Rhodes has signed an extension that will keep him in ROH for the “next several years,” per the organization’s website:

“I grew up in this business, I’ve seen its peaks and valleys…I know we are entering an unprecedented time in pro wrestling/sports entertainment and it?s time to put my flag in the sand. Joe Koff and his team put together such a generous offer…with some non-wrestling projects on the horizon that I hope to announce soon, and the potential of starting a family down the road…it was a perfect fit. Myself, Marty Scurll, Hangman Page, Matt and Nick Jackson…it’s the dream team…like the 1992 dream team. I have several goals in mind for myself and for ROH and I can’t wait to get started.”

Rhodes joined ROH after leaving WWE in 2016. His decision to leave WWE left him without a home, as he signed on for specific dates with ROH.

?The moment I walked into Final Battle at Hammerstein Ballroom, and ran into Gary Juster, who worked for WCW and who?s been a friend of my family?s. The moment I saw how professional and how organized they were, I thought, this is the place that can do it for me,? Rhodes said in an interview with FanBuzz.

?I left WWE not because the money, but I wanted my soul to fill up with wrestling. Ring of Honor does both for me.?

As for what’s left, Rhodes wants to fill a 10,000-seat arena. And that’s something COO Joe Koff believes Rhodes and ROH can work together on together.

?I said to my organization to challenge him to show him that he doesn?t need to be in those other places. This is where he should be. If we do that correctly, then he?ll make that right choice. If he doesn?t make that choice, then we?ll have to deal with that at that time,” said Koff back in August.

?If he wants to be in front of 10,000 seats, he?s going to have to be at ROH. There?s no other promotion that?s even near that in attracting on a regular basis. I love that goal and that?s another reason that he?s a great champion. He can see big and think big and he knows we can thrill that size of a crowd.”

Now, Rhodes and ROH can move on together, with an eye on continuing to grow over the coming years.