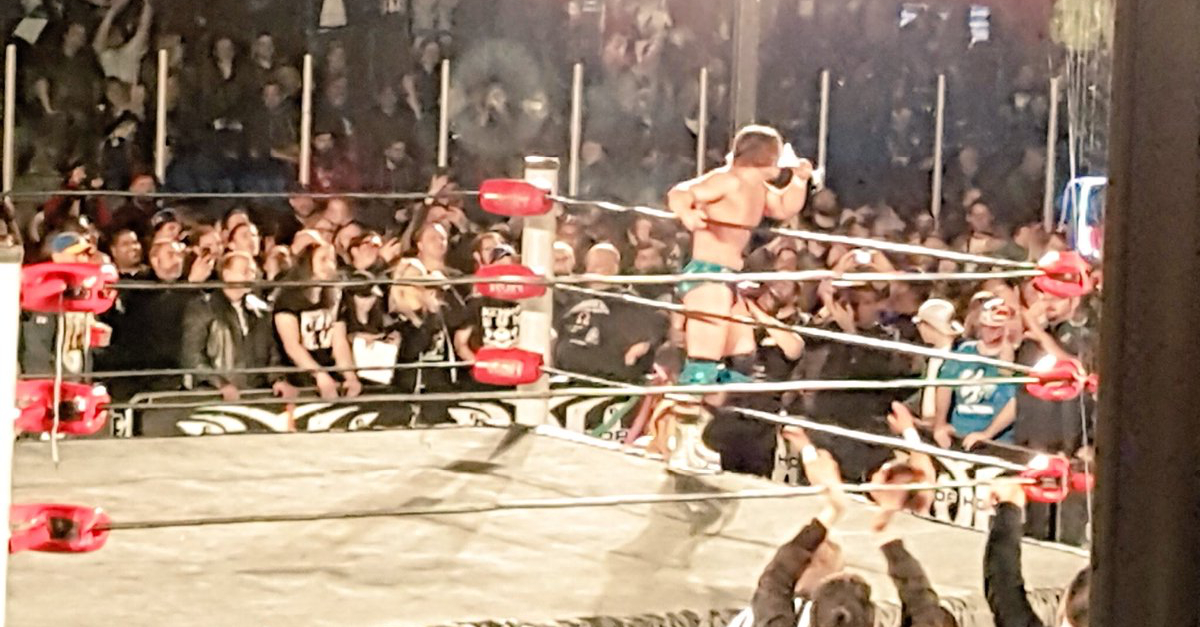 It looks like one of the biggest free agents in pro wrestling won’t be heading to WWE after all.

According to PWInsider, Ring of Honor mainstay Dalton Castle appears to be re-signing with the company after rumors had been swirling that Castle could be on his way to WWE.

Related: It looks like WWE may have booted one of their announcers from the commentary desk

Castle’s old contract with Ring of Honor had been set to expire this month. It’s unclear how long his new deal with the company is.

Despite never holding a major title in Ring of Honor, Castle has emerged as a major fan favorite in the company thanks to his over-the-top, flamboyant personality. If he is indeed staying with the company, Castle could soon win his first title, as he has already been positioned as a major player by receiving a world title match back in April.