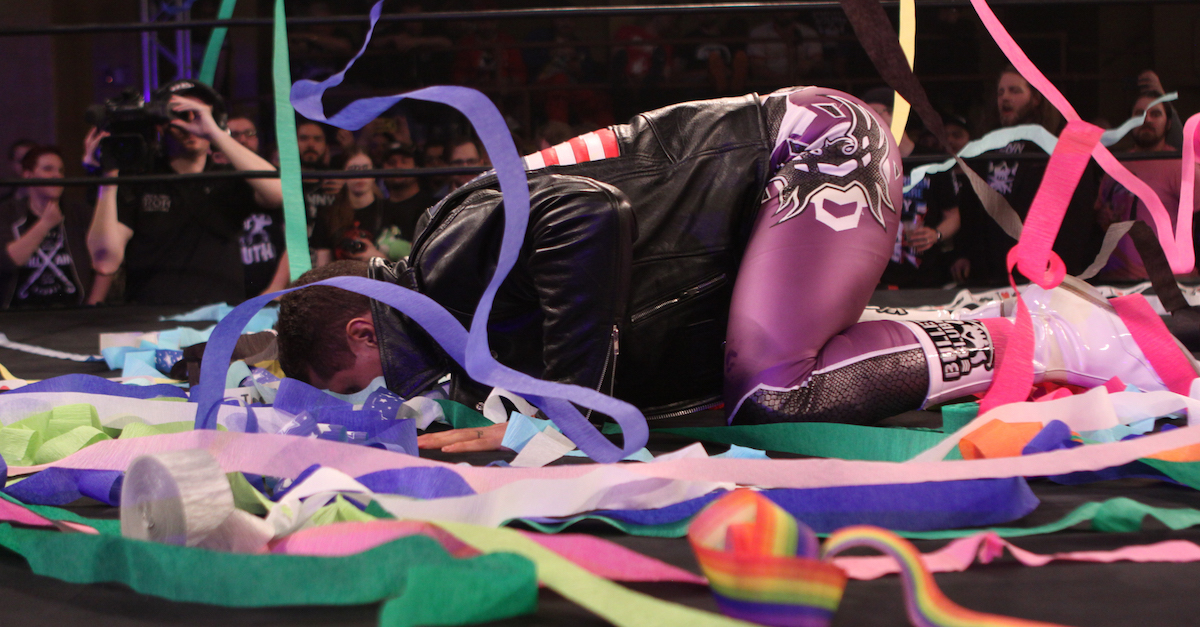 As part of Cody Rhodes’ conversation with FanBuzz about returning to Atlanta on August 26, he discussed his yearlong tour across the independent scene and specifically wrestling in New Japan Pro Wrestling’s first United States tour.

Rhodes had only glowing remarks about his July matchup with one of the best wrestlers in the world.

“I hope people understand what I’m saying, but Okada is the most WWE superstar I?ve ever wrestled. He reminds me of a Japanese Randy Orton. He is aware of every camera that?s on the floor, it?s almost as if he?s aware of every heartbeat that?s in the building. He has a genuine connection with people and they genuinely get behind him. When he?s down, they?re down. When he?s up, they?re up. When he?s firing up, when he hits that Rainmaker pose, that?ll give you goosebumps. That is not something that was taught. That guy is just main event everywhere he goes, world champion everywhere goes,” he said.

While Rhodes lost their bout, the Ring of Honor champion believes the match was “significant enough” for a Round 2.

“I have nothing but respect for Okada and the position he?s in as the face of New Japan Pro Wrestling and me being the face of Ring of Honor, it?s always a fun pairing,” Rhodes said.

“The Villain” Marty Scurll was the newest member to join Bullet Club back in May. The United Kingdom native has taken Ring of Honor by storm in his short time with the company.

“I don?t think people realize how good of an addition to the Bullet Club Marty was. Marty represents this whole U.K. boom in a nutshell. When you look at Marty, the hard work, the attention to detail, the character, the costume, the just flamboyance of The Villain. It brings an entirely different edge. It brings a very flamboyant edge to Bullet Club, which is great. Bullet Club has been filled with killers and head-hunters, all that, but then there?s this real charisma-centric Marty, and Kenny (Omega) is like that as well. I?m very grateful to share that team with Marty.”

Rhodes on the Young Bucks, Matt and Nick Jackson

Matt and Nick Jackson, the Young Bucks, have taken their superkick party all over the world in recent years as one of the most entertaining acts in professional wrestling. Rhodes joined the Bucks in the Bullet Club back in early December, just months after leaving WWE.

Rhodes spoke on what makes the Bucks so unique:

“They?re a completely different experience. They have a psychology that is unique to them and it?s polarizing. And when people try to copy it, it?s just wrong. They?re the only ones who can do it.”

Rhodes’ true thoughts on the Revival

Rhodes’ spoofs on the Revival, WWE’s Scott Dawson and Dash Wilder, from the Being the Elite YouTube show have been a hilarious footnote to his Ring of Honor run.

“They?re the absolute worst. I have a three-prong, three-tier, three-word approach to the Revival.”

But Rhodes really does think a Bucks-Revival tilt would tear the house down:

“All that aside, I really do want to see what it looks like with the Young Bucks and the Revival in the ring. I think they?d have a great, great, great match.”

This is Part II of FanBuzz’s conversation with Cody Rhodes. You can find Part I, where Rhodes talks returning to Atlanta, his time in Ring of Honor, Impact Wrestling, New Japan Pro Wrestling and taking over the indie scene here.