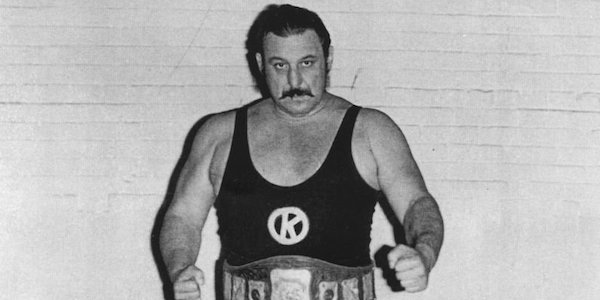 Minnesota wrestling legend Stan “Krusher” Kowalski passed away at the age of 91 on Friday, according to KSTP in St. Paul.

Kowalski, born Bert Smith, was one half of the tag team “Murder INC” alongside his partner Tiny Mills as part of the American Wrestling Association from 1960 to 1975.

After serving the Navy during World War II, Kowalski bypassed a chance to play with the Green Bay Packers in order to begin training as a professional wrestler. He made his debut as “Buddy Marco” for the old NWA promotion run by Tony Stecher, which eventually became the American Wrestling Association. After aligning with Mills in the AWA, the duo became the inaugural AWA tag team champions, defeating Billy “Whipper” Watson and Illio DiPaolo during the final show at the Maple Leaf Gardens of 1960.

Kowalski retired from wrestling in 1976, but served as AWA’s color commentator until the promotion closed up shop in 1990.

Our thoughts are with his family and friends at this time.