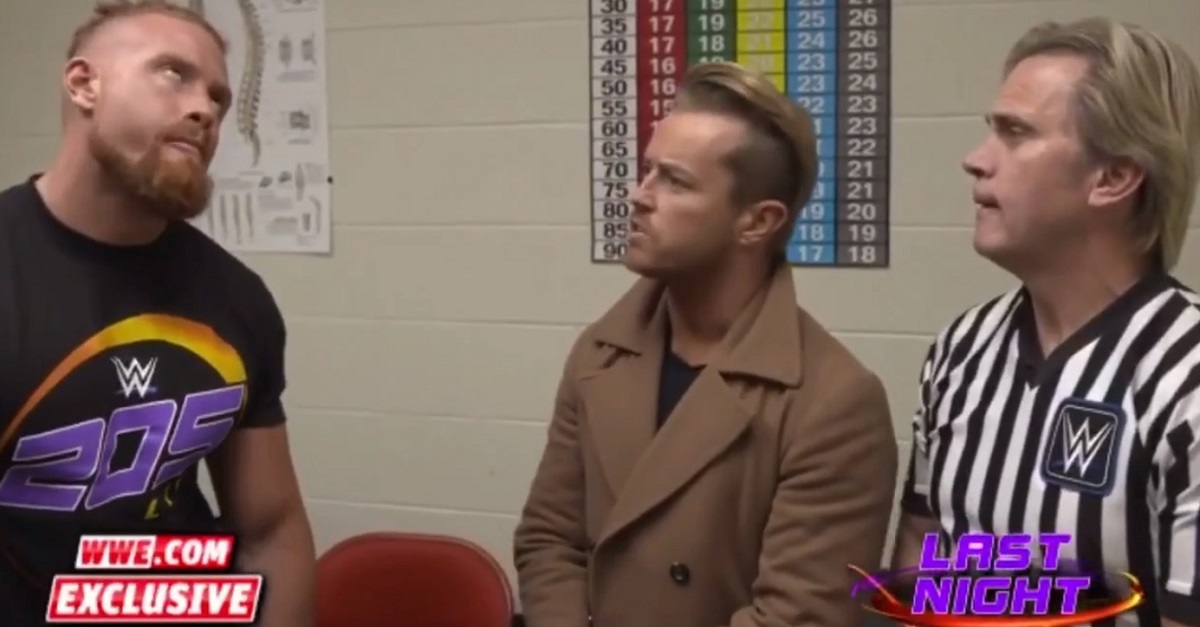 WWE usually puts a lot of effort into the production of their product, so to see them make a major error is not something you exactly expect on their shows.

That’s what happened on Tuesday night, though, as a pre-taped segment for the 205 Live cruiserweight show featured this snafu:

In the clip, 205 Live general manager Drake Maverick is explaining to competitor Buddy Murphy about the obligations to be under 205 pounds for every match in the current cruiserweight championship tournament. However, Maverick gets a little tongue-tied in his words, and just completely starts over with a “One, two, three…” before getting it right the second time.

Yeah, that first part probably wasn’t supposed to air as part of the show…

Oh well, mistakes are made sometimes. At least it wasn’t as bad as this guy trying to make the show on SmackDown Live.