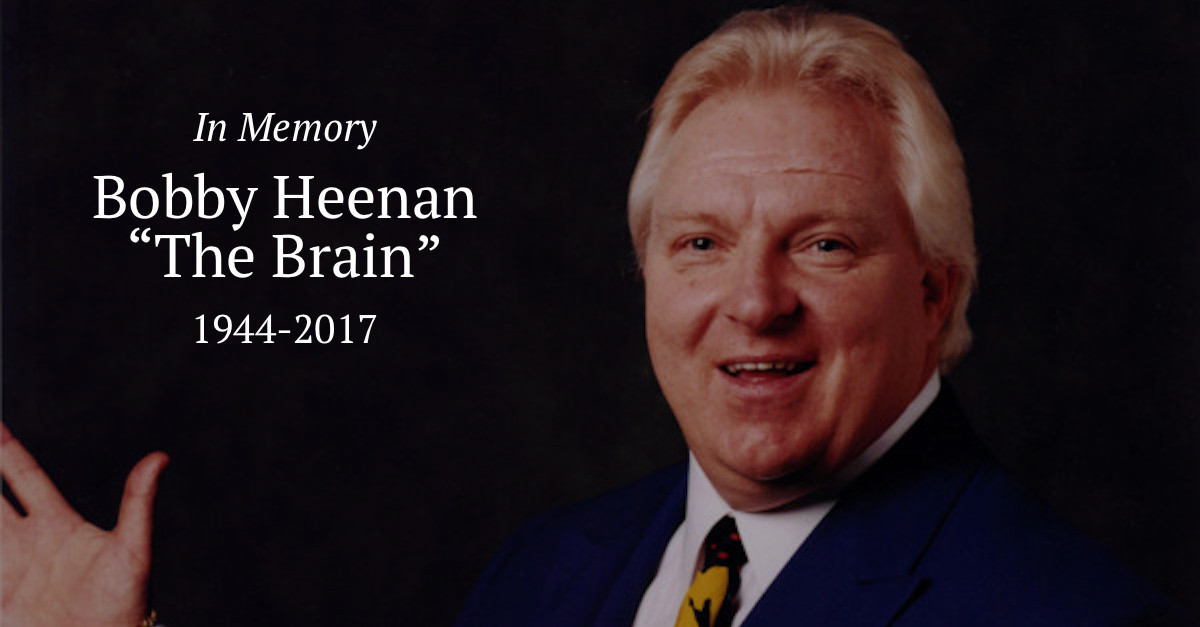 One of the greatest managers in professional wrestling history, Bobby “The Brain” Heenan passed away on Sunday after a long battle with throat cancer. His cause of death was organ failure brought on by his battle with cancer, which he was diagnosed with in 2002 and has been in remission since 2004, per TampaBay.com.

“It was just his time,” his daughter, Jessica Solt said.

He played the perfect heel to Gorilla Monsoon’s commentating while in the broadcast booth and had some of the most infamous moments in WWE history.

Heenan started wrestling in 1969 with the AWA and transitioned into WWE in 1984. He stopped wrestling in 1991, and split time between WWE and WCW as a manager/commentator. He had a variety of different roles with WWE and WCW, but returned to Vince McMahon’s company after WCW was bought in 2001.

Our thoughts are with Heenan’s family and friends.