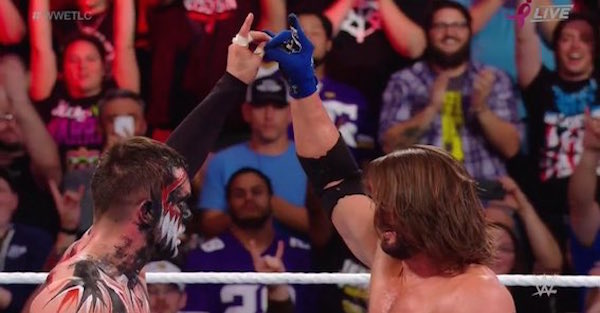 Instead, the company decided to have the Demon face Styles, who served as his successor as leader of the group in New Japan Pro Wrestling, which featured a shared “Too Sweet” gesture after the match, which has become synonymous with the faction.

“One of the things that was brought up was a 4-on-4 match where he would team with Karl Anderson, Luke Gallows and AJ Styles to have basically a Bullet Club reunion of sorts but where the two former leaders would be on the same team and Vince was actually the one who shot it down,” Satin said during on Pro Wrestling Sheet Radio this week. “Vince was not interested in doing it.”

Satin also acknowledged that the rumored discussions provide further evidence that WWE is fully aware of Bullet Club’s popularity in NJPW and Ring of Honor.

In September, Bullet Club members Matt and Nick Jackson of the “Young Bucks” tag-team, reportedly received a cease and desist letter over the “Too Sweet” hand gesture by WWE, who owns copyright, as confirmed Pro Wrestling Sheet. According to the website, the Bucks could have been hit with a lawsuit worth $150k in damages or more.

Needless to say, fans will have to wait even longer to see an actual Bullet Club reunion match on WWE television.