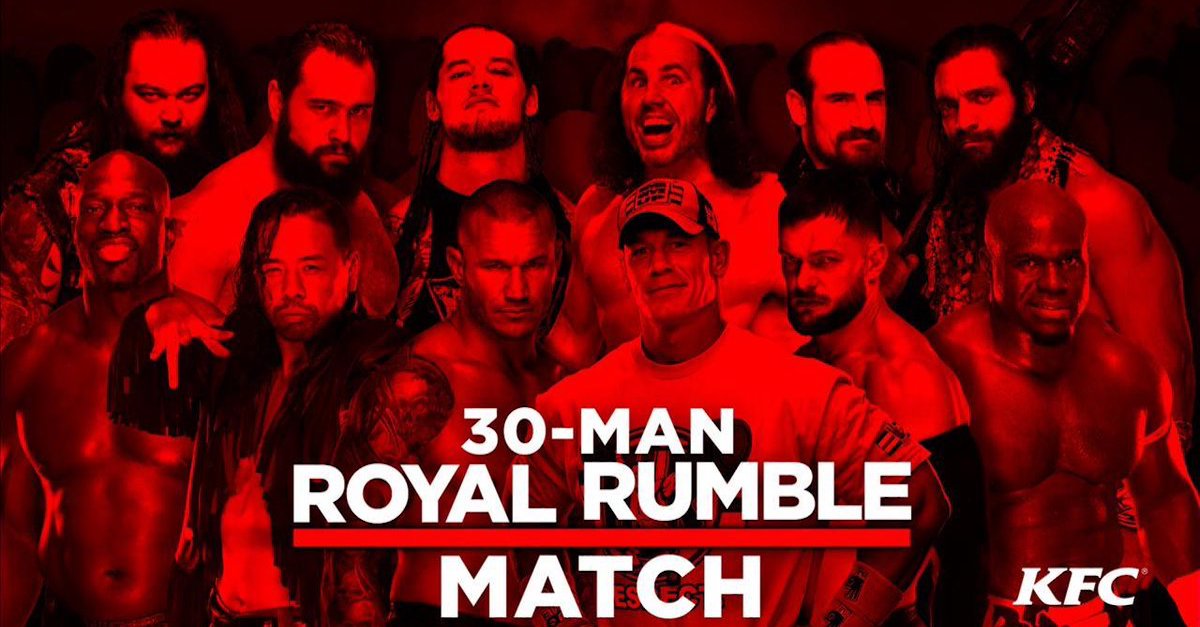 Daniel Bryan retired from in-ring competition in 2016, but he hasn’t stopped fighting for his chance at a WWE return. If you believe the way odds are shifting, there may just be a chance.

As noted by Wrestling Inc, Bryan went from not even being listed in the top 10 to the sixth-best favorite and now he’s rocketed up to tied for third with Dolph Ziggler at 4/1 odds.

He remains under contract with WWE until 2018 and has spoken openly about wanting to get back in the ring. Despite his attempts, Bryan has maintained he believes there’s only a 20 percent chance the organization would clear his return. His betting odds fall slight behind Roman Reigns (5/2) and Shinsuke Nakamura (6/4), per PaddyPower.

Bryan, in speaking with Sirius XM?s Busted Open radio, believes there?s an 85 percent chance he returns to the ring. He only thinks there?s a 20 percent chance him wrestling will be in WWE though. (H/T SI for transcription):

During a sit-down interview with Barstool Sports? From The Top Rope podcast (h/t Bleacher Report), Brie Bella, Bryan?s wife, noted he will return to the ring:

?And I told Bryan, ?You do have a daughter, so always remember that. But if the doctors finally give you the green light,? I go, ?Go! This is your dream and passion. You have one life to live and I will never hold you back.? ? Because I love to wrestle, and I would hate if someone told me you can?t do it. And if WWE doesn?t allow it, then I said, ?Go somewhere else. It?s all on you.? Obviously he would love to be able to get back in that WWE ring, but I know for a fact my husband is going to find his way back to the ring. He honestly is.?

In an interview with Ontario?s Brockville Recorder & Times (H/T Cageside Seats), Bryan discussed the ?mental breakdown? he suffered following his retirement. And it sure sounded even then that he wasn?t resigned to following through with the retirement as planned:

?I was cleared by concussions specialists in Phoenix and cleared by concussion specialists at UCLA, like a team of doctors. And I kept trying to go to different places to try to get more and more people to clear me so that all of the evidence would be on my side. I was completely honest with the WWE about all of it and the idea of, ?Hey, if I get a bad test result, I let you know.?

When I told them that I was taking this test in New York City, they said, ?OK, well let us know the result.? Well, the test hasn?t been peer reviewed, and I?m not saying it?s a bad test, all I?m saying is this is not something that they?re using the standard medical facilities. It showed a little something and then that becomes the automatic no and I?m just like ?uhhh.?

Then he was asked if he?s come to terms with the end of his career, and the story took yet another turn.

?It?s interesting because I guess the real answer is no, but it?s weird.

I don?t necessarily agree that there?s something wrong with me, right? The whole issue with concussions is so subjective.?

Bryan?s contract is slated to expire in 2018, when he?ll be 37 years old. Shawn Michaels was 37 when he returned for his second stint in the WWE.