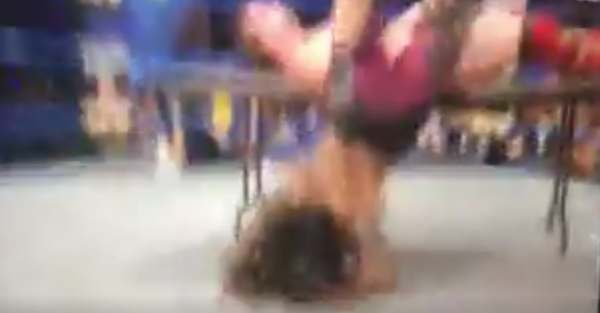 DeAngelo Williams spent the 2016 season with the Pittsburgh Steelers, but he’s using the offseason to freshen up on his pro wrestling skills.

The NFL running back appeared at Slammiversary XV, the Global Force Wrestling promotion’s big event Sunday night and could have broken his neck with a pretty terrifying botched table spot:

DeAngelo Williams as a football player is a Pittsburgh Steeler. As a pro wrestler, he is a New York Jet pic.twitter.com/i0TLKeDC9d

At least Williams appears to be fine, tweeting about the “money is real” after the bout.

This is what happens when it's real and people think it's fake 👀but the money is real https://t.co/SA1R60mqB6