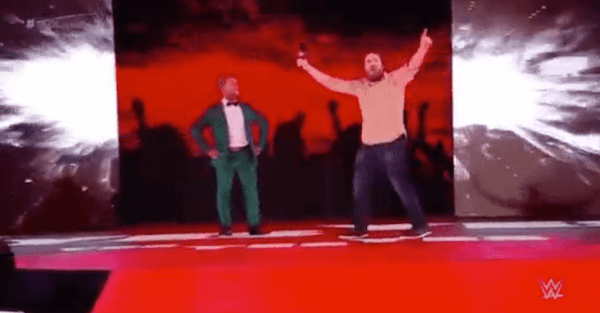 In the opening segment of 205 Live, former Impact Wrestling standing Rockstar Spud, now known as Drake Maverick was named by Daniel Bryan as the general manager of the promotion.

Maverick announced plans for the vacant Cruiserweight championship with a 16-man single-elimination tournament, with the champion being crowned at WrestleMania.

Cedric Alexander vs. Gran Metalik and Tyler Bate vs. TJP were announced for later in the evening.

Spud started wrestling in 2003, joining TNA Impact in 2013 while touring the indies. Spud, listed at 5-foot-4 and 140 pounds, gained notoriety for his comedic underdog style of wrestling.