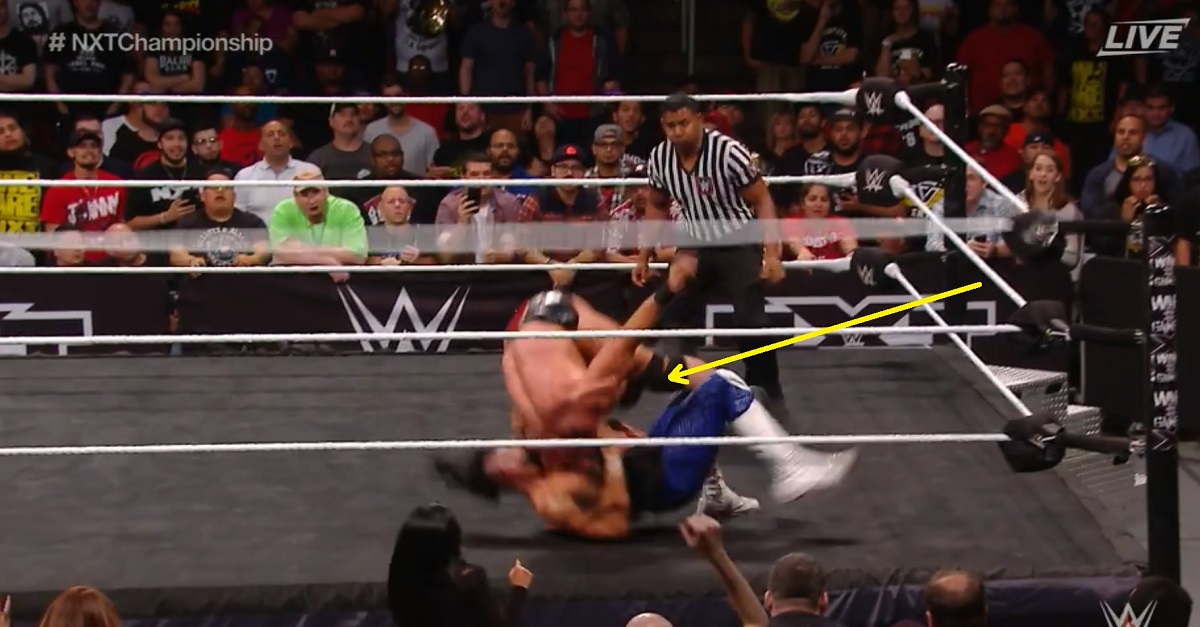 Former NXT Champion Drew McIntyre confirmed the legitimacy of an apparent injury suffered during his title loss to Andrade “Cien” Almas at TakeOver: WarGames and announced that he’s expected to be inactive for the remainder of the year.

Unfortunately I did suffer an injury during my title defense at TakeOver. I’ve dealt with setbacks before. The reality is, I always come back better…There's a scary thought for whomever is NXT champion come 2018… #TickTock

Sources told Pro Wrestling Sheet that McIntyre is dealing with a torn bicep, which likely occurred during a spot at the end of the match and that he is anticipating to return prior to WrestleMania weekend.

Triple H confirmed the injury during an exclusive interview with Cathy Kelley after the event and speculated that McIntyre could miss up to six months of action.

McIntyre also commented on his injury during a backstage segment with Kayla Braxton after the match.

“I honestly don’t know. I felt something go in my arm, my bicep/elbow area… from experience, know it’s probably not good, but I won’t know anything official until I talk to the doctor.

I won’t make any excuses. It was a heck of a match tonight. And if it doesn’t turn out the way I hope it does, you know, you’re only as good as your last match. No matter what happens, I’m coming back, and I’m coming for my NXT title – unfinished business there. But right now, I’ve just got to deal with this.”

Hopefully, McIntyre will make a speedy recovery and continue what has been an excellent return to WWE as one of the NXT brand’s top performers.