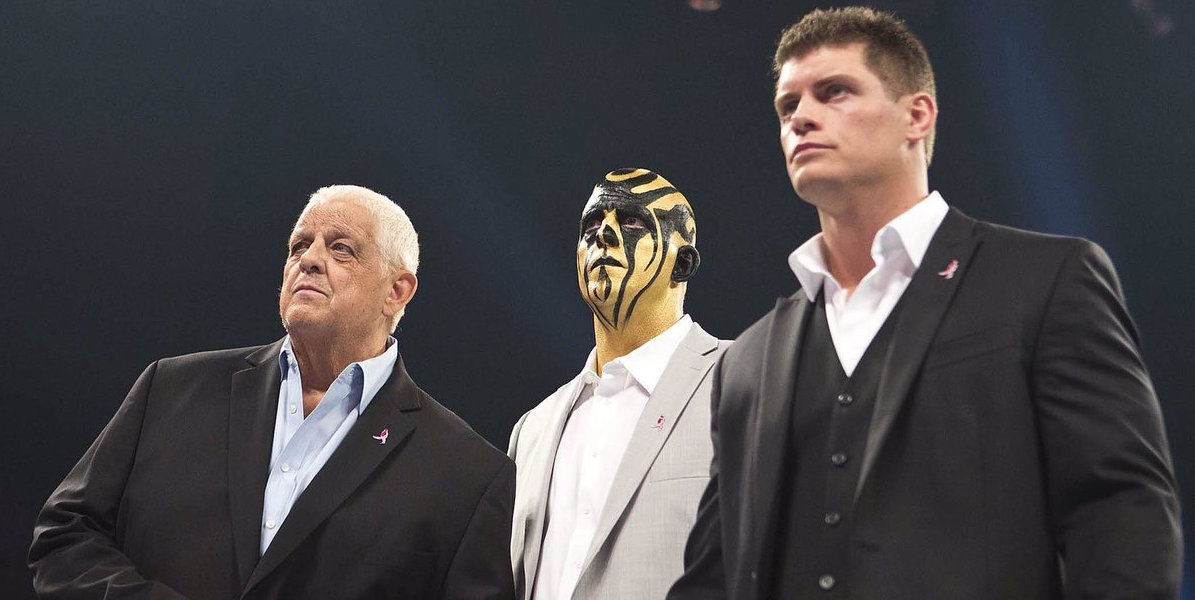 Dusty Rhodes’ sons, Ring of Honor Champion Cody and WWE superstar Dustin “Goldust” Rhodes, each paid tribute to their late father on what would have been his 72nd birthday on Wednesday.

Rhodes passed away on June 10, 2015 while still working with WWE as the head writer, creative director and a mentor for NXT and its weekly television broadcast.

The company paid tribute to the American Dream during its television broadcasts days after his passing in the video below and also honored him with NXT’s annual “Dusty Rhodes Tag Team Classic” tournament.

He is also one of six men inducted into the WWE, WCW, Professional Wrestling and Wrestling Observer Newsletter Hall of Fames.

As a booker for Jim Crockett Promotions, he is credited for inventing many of the WCW pay-per-view names and gimmicks including BattleBowl, Lethal Lottery and War Games, which will make its return at the next NXT TakeOver event.

He has also been immortalized by the term “Dusty Finish,” which refers to one of his favorite booking techniques, ending a match in controversy after the referee is knocked unconscious.

His sons have both enjoyed decorated careers in professional wrestling. Dustin began wrestling under his real name in WCW and an early stint in WWF/E while his father was working for both promotions. However, he found his most notable success during his second run with WWE under the Goldust moniker, debuting in 1995. During several on-and-off runs with WWE, he has won the Intercontinental championship three times, the Hardcore championship nine times and has won three total tag-team championships.

Cody began his career in 2007 at the age of 22. After a tag-team championship run with Hardcore Holly, he aligned with Randy Orton and Ted Dibiase Jr., to form Legacy, a faction of second-generation superstars in 2008.

During the next few years, Rhodes excelled as a singles competitor both under his real name and later as the Stardust character. He opted to leave WWE prior to the end of his contract and has since become one of the biggest stars on the independent circuit as a member of Bullet Club in ROH and New Japan.