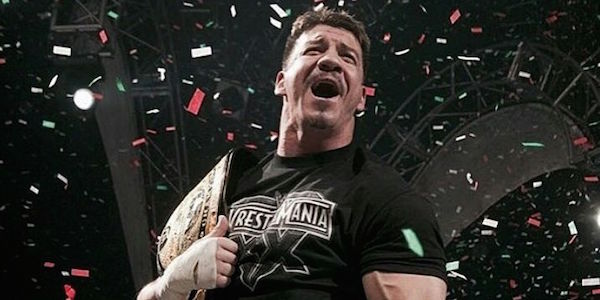 Former SmackDown general manager Vickie Guerrero, the widow of Eddie Guerrero, was one of many former and current WWE superstars to honor her late husband on what would have been his 50th birthday on Monday.

Happy birthday #eddieguerrero ! You are loved and missed everyday! pic.twitter.com/zOu9A3KLGl

Guerrero passed away at the age of 38 on November 13, 2005, hours before WWE’s scheduled live event in Minneapolis, Minnesota.

Here’s how other current and former WWE superstars and fans honored Guerrero on what would have been his 50th birthday:

“I lie, I cheat, and I steal.” HAPPY 50th birthday to Eddie Guerrero, one of the greatest of ALL time. 🙏 pic.twitter.com/BdECq3InaP

Eddie Guerrero would have been 50 years old today.

Happy Birthday to one of the all time greats. #HappyBirthdayEddieGuerrero pic.twitter.com/LMIKLKbFi8

You lied.
You cheated.
You stole our hearts.