Remember that time WWE almost killed the Undertaker in a pyro accident? 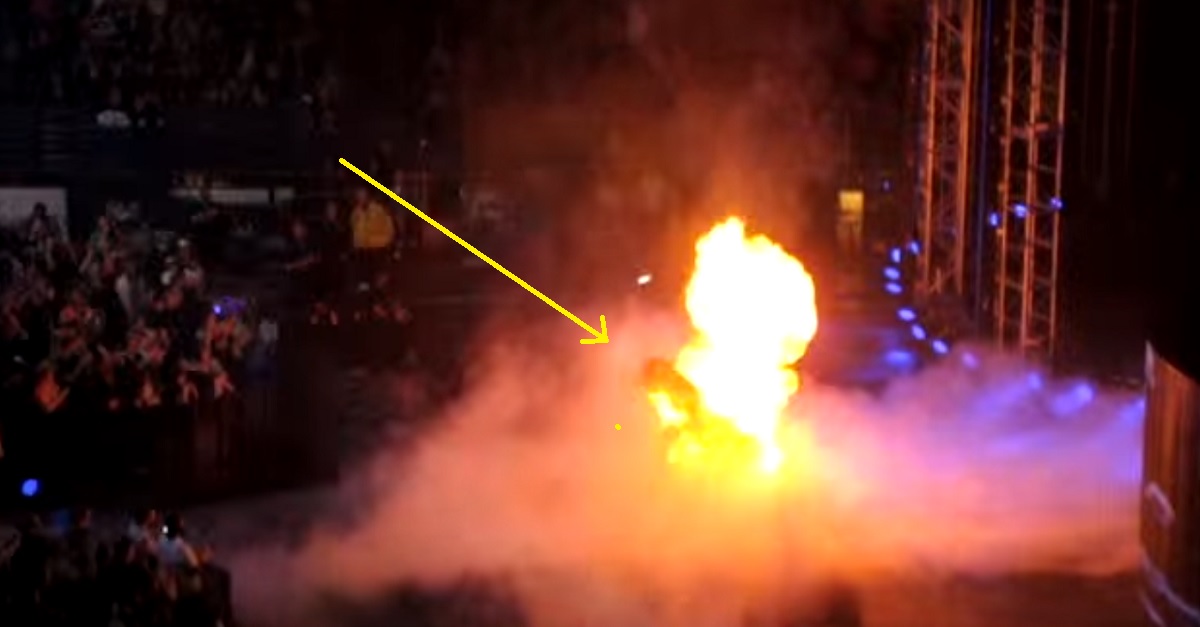 This could have easily been one of the biggest screw ups in WWE history.

On Feb. 21, 2010, the Undertaker — then the World Heavyweight Champion — was set for a title match inside the Elimination Chamber. During the Undertaker’s always elaborate entrance, something went wrong with the pyro, as it shot up right into the Undertaker’s face at the top of the entrance ramp.

Chris Jericho, on his Talk is Jericho podcast, once recounted the match in an interview with Paul Heyman and Edge.

“As he was coming down to the ring for that match, the pyro went off in his face three times. I don’t know what happened, but he got literally burned. His coat, his leather coat looked like if you light Styrofoam on fire, it was all crumpled up, and weird, misshapen.”

Jericho then talked about how the Undertaker wrestled the entire match with burns all over his chest, with the only relief coming in the form of water bottles that he poured over himself while waiting to enter the match. Jericho went on to win the match, pinning the Undertaker after some interference from Shawn Michaels.

As you can imagine, Undertaker wasn’t happy after the match, as Jericho recalls an interesting conversation with Vince McMahon backstage.

“After the match, I go backstage and Vince [McMahon] and Taker are already in the trainer’s room, and I remember Taker, you know super calm, he’s the Fonz, man! He’s the coolest guy in the dressing room. I came in and he was like ‘Vince, I don’t want an apology, I don’t want an excuse, I’m just telling you that I don’t want to ever see that guy again, because if I do, I’m going to kill him.'”

Jericho says that the pyro guy responsible for the accident was let go after the pay-per-view, which is probably best for both parties. Thankfully the Undertaker didn’t need any time on the bench afterwards, as he was able to have another stellar match with Michaels at WrestleMania 26 the next month.