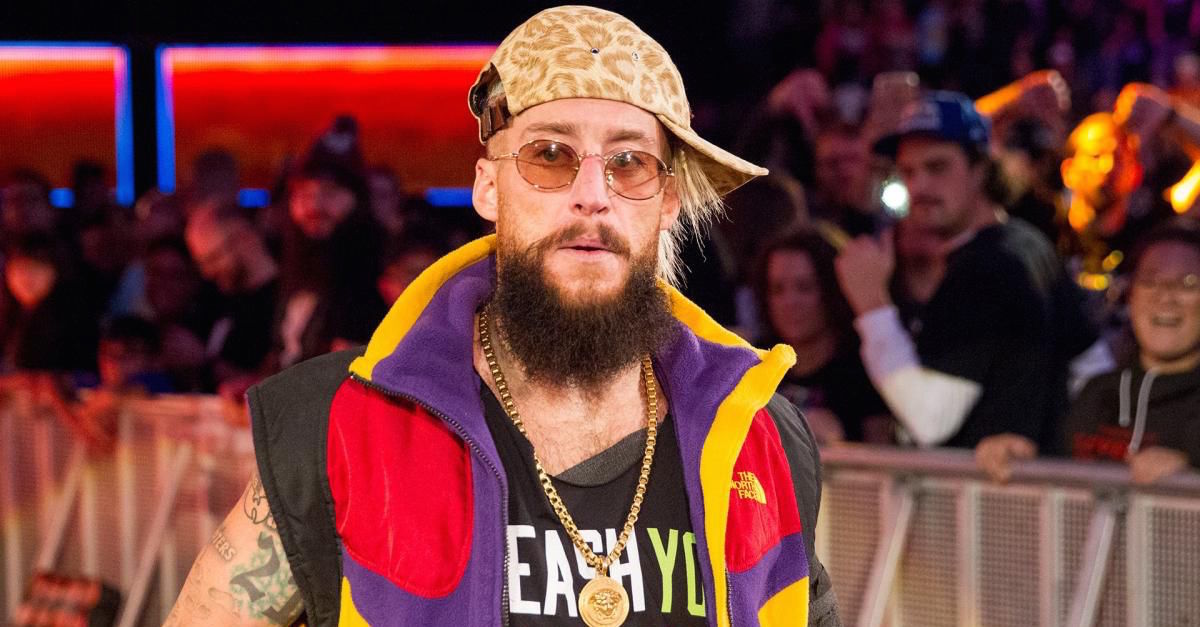 Recently fired former WWE superstar Enzo Amore was reportedly scheduled to be involved in a significant segment during the RAW 25 anniversary show on Monday, according to PWInsider.

Amore, who was suspended prior to the show amid allegations stemming from a sexual assault incident, was initially booked to face Goldust in a singles match, which would have resulted in interference by his “Zo Train” faction, leading to retaliation by Cedric Alexander and the returning Dudley Boyz, who would have put someone through a table.

Instead, the Dudleys’ attacked Heath Slater following his tag-team match with Rhyno against Titus Worldwide in Amore’s absence.

According to the website, the re-write of the angle was finalized prior to the show at approximately 7 p.m.

Goldust and Alexander were left off of RAW 25 entirely while the Zo Train members competed in matches at the Barclays Center.

WWE officially came to terms on the release of Amore amid sexual assault allegations, the company announced via its official website on Tuesday.

The then-Cruiserweight champion, whose real name is Eric Arndt, was suspended on Monday after news broke of an ongoing police investigation of an alleged rape, per Pro Wrestling Sheet.

This was WWE?s initial response to the allegations, per the report:

?WWE has zero tolerance for matters involving sexual harassment or sexual assault. Until this matter is resolved, Eric Arndt (aka Enzo Amore) has been suspended.?

?OKAY..it?s been long enough & I have been so so scared to share this. I was raped in mid October by the WWE Enzo Amore (also known as Eric Arden) & Tyler Grosso & TOOPOOR let it happen as accomplices. I was in a mental hospital for 45 days after it. They ARE NOT good people.?

Amore, 31, is a two-time Cruiserweight champion who emerged as one of the company’s most popular characters dating back to his run in NXT alongside former tag-team partner Big Cass.