Fan tried to jump in the ring at a WWE event, and that was a horrible decision 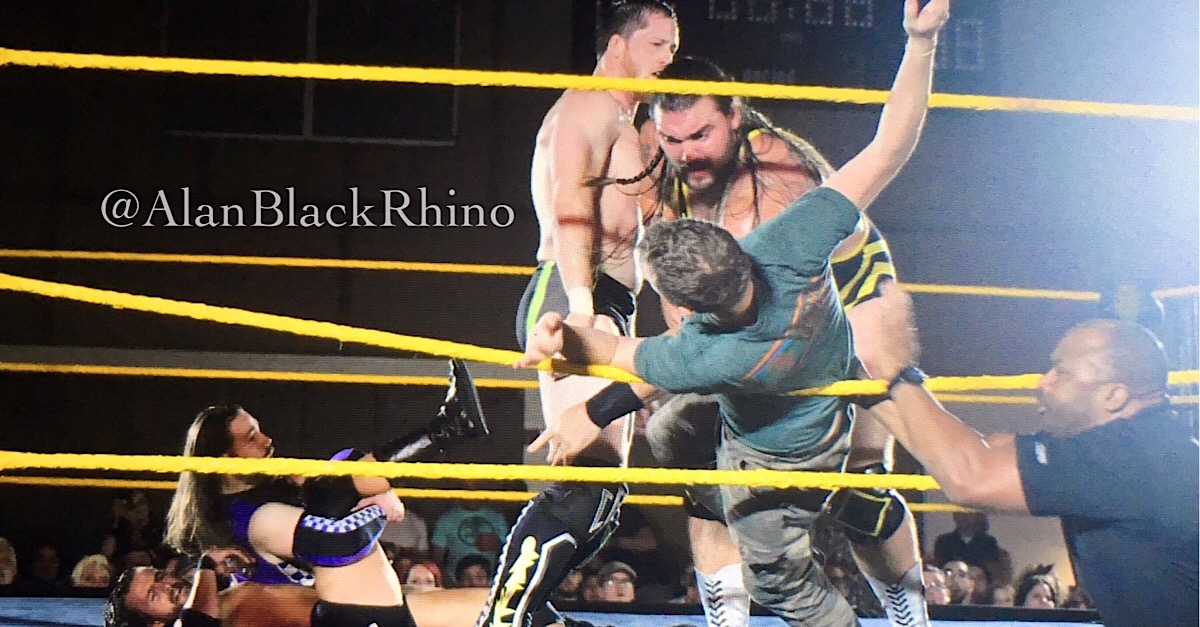 Fans may think rushing the ring at a WWE event would be similar to rushing the field at a separate sporting event — you get tackled, likely arrested, etc. But often the guys throwing hands and feet in the ring turn to an intruder and direct fury at them.

That’s apparently what happened at a WWE NXT show after a fan rushed the ring and reportedly caught at least one kick to the face, per reports:

KYLE O REILLY JUST KICKED THE FUCK OUT OF A FAN THAT RAN INTO THE RING!!! #NXTTAMPA

@wwenxt in Tampa is lit tonight. A fan jumped out of the crowd and attacked The Undisputed Era, Heavy Machinery, & Kassius Ohno. #Nxttampa pic.twitter.com/U5QRf6gQU1

Footage of the fan who got kicked in the face by Kyle O’Reilly being taken out by security at #NXTTampa 👀👀pic.twitter.com/uYOk4NC8tN

Update on fan that ran in ring, a real deputy just walked in so dude is getting arrested for real #NXTTAMPA

Don’t ever rush the ring, unless you want to end up like this guy.