Lovable wrestling legend wins title on the indies, set to face off against recently-released WWE talent 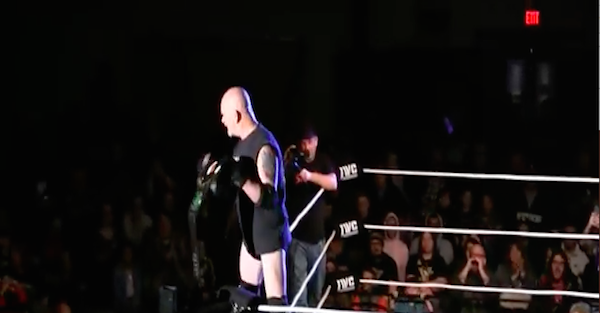 After the victory, Gillberg was immediately challenged by Ellsworth, who set up an upcoming title match on March 17.

Of course, the similarities between the two are well-known. Gill was a long-time jobber who returned to WWE in 1998 and made an ironic legacy imitating then-top WCW star and 2018 WWE Hall of Fame inductee Goldberg.

Ellsworth debuted as an enhancement talent in Braun Strowman’s first solo squash match in 2016 and also ironically got over by the WWE audience, which led to him being signed to a contract with the company before being released in November.

Even if it’s the most gimmicky match of all-time, this should at least pique some interest from wrestling fans.