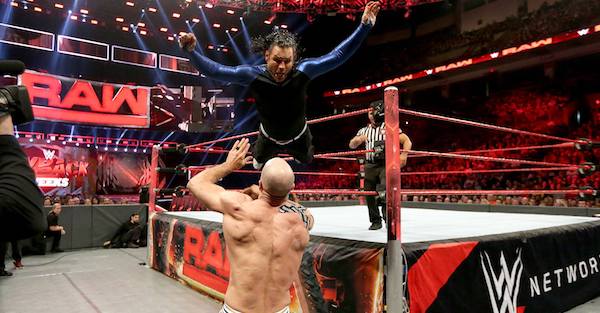 Jeff Hardy is still recovering from shoulder surgery after suffering a torn rotator cuff, but the one-time WWE Champion is reportedly telling fans he will return in time for WrestleMania 34 in New Orleans, Louisiana. That’s at least according to SportsKeeda:

“Jeff Hardy attended the Wrestlemania party in New Orleans, Louisiana on November 17th; and was spotted sporting a sling for his shoulder.

Hardy reassured fans that he will most definitely return in time for Wrestlemania 34 which goes down in April of next year.”

?Jeff is dealing with a rotator cuff tear right now,? said WWE Senior Ringside Physician Dr. Stephen Daquino. ?It?s a full thickness tear of his supraspinatus tendon and a couple of other areas in the shoulder. He?s going to go for evaluation and probably for surgery next week.?

Hardy suffered the injury on during a Six-Pack Challenge for the No. 1 contender spot for The Miz?s Intercontinental Championship.

Hardy was kept out of action during a live event in Sacramento after the injury. His brother and tag-team partner, Matt Hardy, wrestled Karl Anderson in a singles match instead.

?It?s depressing,? Hardy told WWE.com. ?More than any time in a career, it?s those times that make you go, ?Wow, I love professional wrestling.? It sucks that I can?t be involved in [a] match or can?t get in there and do what I normally do because I?m injured, but I just have to get over that, stop worrying about it and look forward and push myself to get repaired and healed and come back better than ever with a brand-new shoulder.?

Hardy is a multi-time World Champion ? one-time WWE Champion ? and tag team champion during his tenures with WWE.