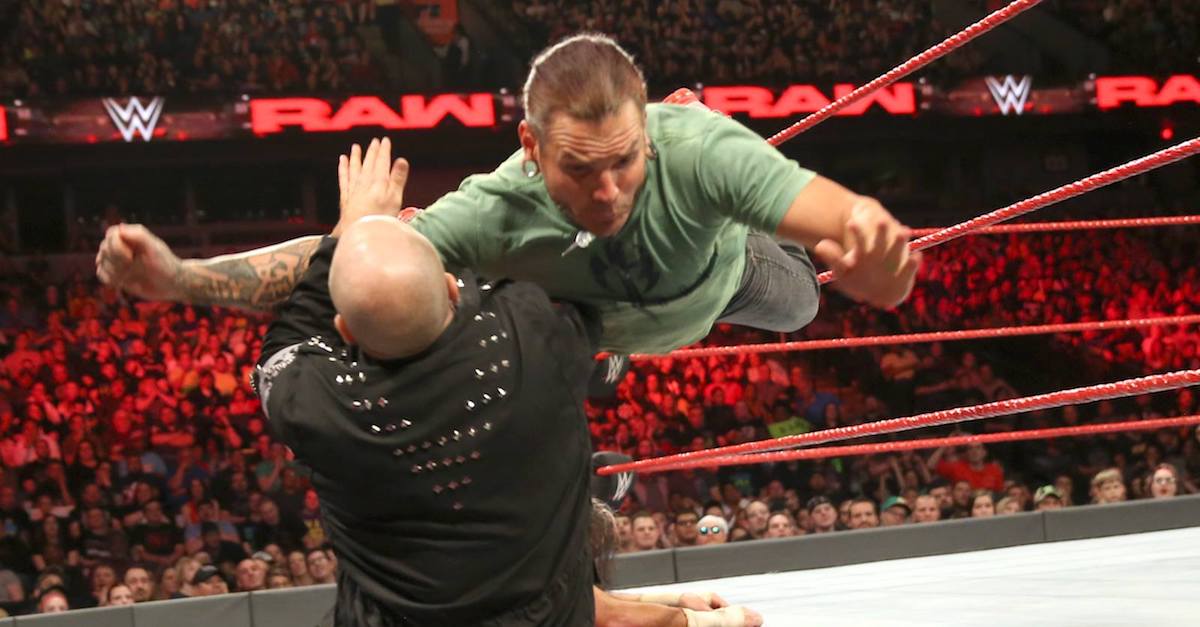 Former WWE Champion Jeff Hardy was reportedly in Birmingham, Alabama on Tuesday to have his surgically repaired torn Labrum and torn rotator cuff evaluated in preparation for his upcoming in-ring return, according to PWInsider.com.

Hardy suffered the injury during an October episode of Monday Night RAW as part of a Six-Pack match called the timing of it “depressing,” having only made his return to WWE six months prior.

He hasn’t appeared on WWE television since the injury, excluding a cameo on the RAW 25 broadcast in January.

Recovery from rotator cuff surgery typically takes 4-6 months, which would mean Hardy is currently in the early range of a potential return and would allow him to compete at WrestleMania 34, although nothing is confirmed.

WWE is also set to release a “Best of the Hardy Boyz DVD” in the Spring, which would likely coincide with his return.