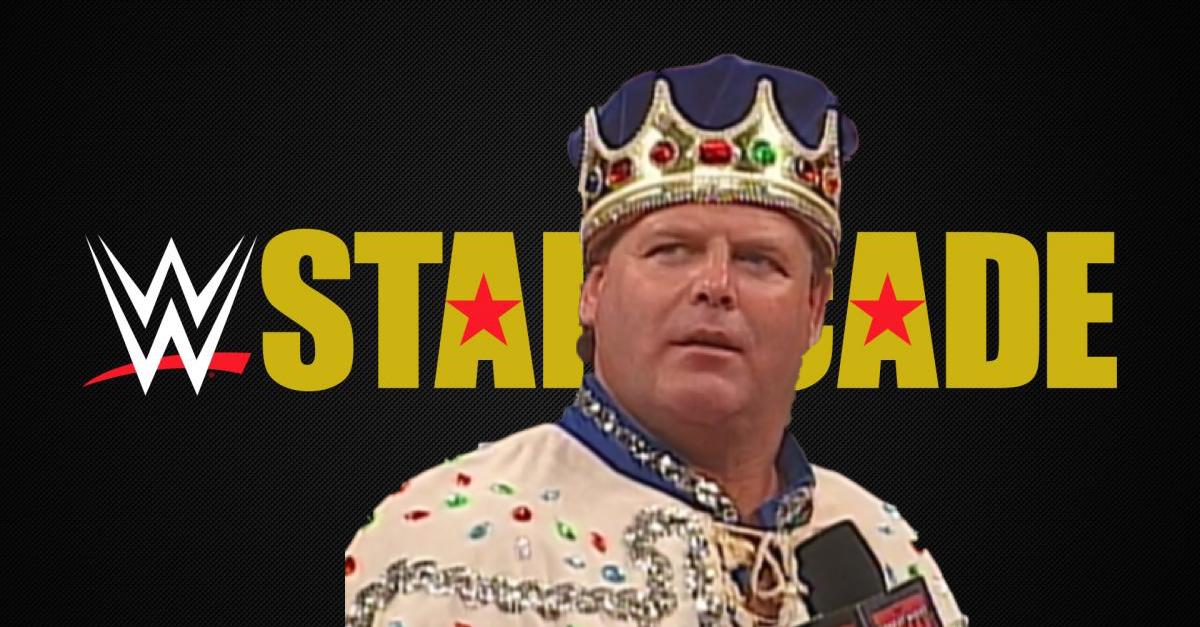 For the first time under a WWE banner, the live event Starrcade will return on November 25 in Greensboro, North Carolina.

While Cageside Seats reported Starrcade may not be a WWE Network special, and may instead be used as simply an event name to boost live event attendance and interest, Hall of Famer Jerry Lawler acknowledged why WWE may have changed the name of what simply equates to a house show (non-televised show) on his podcast, Dinner With The King: (H/T Wrestling Inc)

Did the WWE label a house show in Greensboro ‘Starrcade’ because there’s a wrestling convention, WrestleCade, the same weekend only 30 minutes away?

“Well, of course. It’s a good promotional idea. Any time you can increase ticket sales, you’re doing a good job.”

WrestleCade will be held in Winston-Salem, North Carolina, during the weekend of November 24-26.

Other matches according to the press release include AJ Styles against Rusev and Baron Corbin in a triple threat United States title match. The New Day and The Usos will battle for the Smackdown Tag Team Championship in a Texas Tornado match to round out the title bouts.

Sami Zayn against Kevin Owens, Bobby Roode versus Dolph Ziggler and Breezango against Aiden English and Mike Kanellis (with Maria Kanellis) closes out the card.

The Hardy Boyz are expected to make an appearance, along with Ricky “The Dragon” Steamboat and the Rock ‘N’ Roll Express.

As of now, WWE legends Mick Foley, the Rock ‘N’ Roll Express, Dean Malenko, Arn Anderson, Jake Roberts, Rikishi, Jerry “The King” Lawler and many others are expected at the WrestleCade weekend event.

We’ll see if anything changes in the coming weeks.