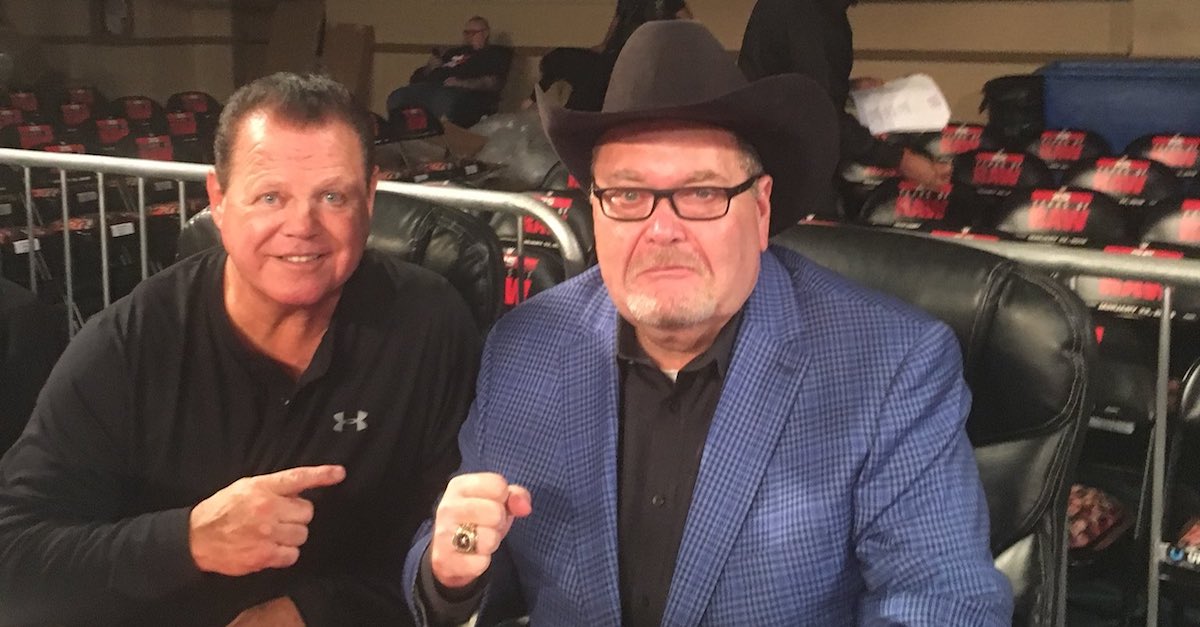 Jim Ross and Jerry “The King” Lawler reunited for WWE Monday Night Raw’s 25th anniversary show, which split a simulcast from the Manhattan Center and the Barclays Center.

The WWE Hall of Famers were stationed at the Manhattan Center, where there was sparse action over the three-hour show, and a fan appeared to catch Good Ole JR and the King snoozing:

“Wanted to clear up something that was reported on a few sites last night during #RAW25. It appears that some sites covered their arse when using the term ‘appeared’, but no one was sleeping. Absurd to suggest such. A ridiculous claim. Never happened.”

Ross’s response came after a relatively lackluster showing at the historic Manhattan Center which involved airing an odd Undertaker promo, Bray Wyatt defeating Matt Hardy, DX Too Sweeting Balor Club, Balor Club defeated the Revival and everyone in the ring hitting their finishers on the Revival over the span of three hours.

It was very special for @WWE Hall of Famers @JRsBBQ & @JerryLawler to hold things down at @TheHammerstein during #RAW25! pic.twitter.com/9xFHig6XUT