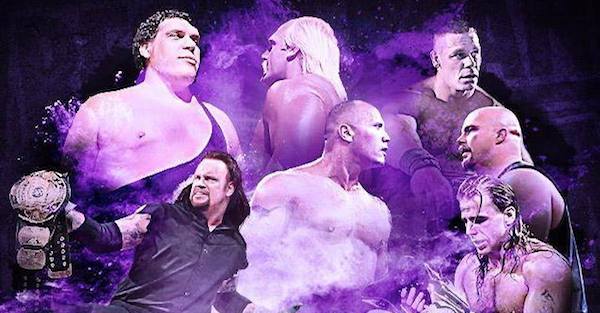 One of the biggest matches in WWE history could be taking place at WrestleMania 34.

According to Dave Meltzer of the Wrestling Observer Newsletter (subscription needed), a match between The Undertaker and John Cena is reportedly already penciled in for the event, along with the long assumed matchup between Universal Champion Brock Lesnar and Intercontinental Champion Roman Reigns.

The Undertaker is scheduled to appear on the 25th anniversary episode of Monday Night RAW on Jan. 22, which would likely kickoff his angle with Cena and was also backstage during Tuesday’s SmackDown taping in Birmingham, according to Meltzer.

Many presumed last year’s WrestleMania loss to Roman Reigns would serve as the Phenom’s last match, given his emotional post-match sendoff, which included leaving his gear in the ring before walking off.

The Undertaker went 21-0 at WrestleMania before losing his first match to Brock Lesnar in 2014. He currently holds a 23-2 record at the event and has is one of the most legendary characters in professional wrestling history, having been a mainstay in WWE’s main event scene since 1990, albeit during sporadic appearances in recent years.

Cena has served as the company’s franchise player for more than a decade and is tied with Ric Flair for the most World Championships in professional wrestling history with 16. He has been working a part-time schedule with WWE since 2016, having ventured into Hollywood and other media projects, which included being named the 2018 Nickelodeon Kids Choice Awards host for the second consecutive year on Thursday.

This is surely a match with enough name recognition to sell this year’s WrestleMania event and will likely be one of the most historic in the event’s history.