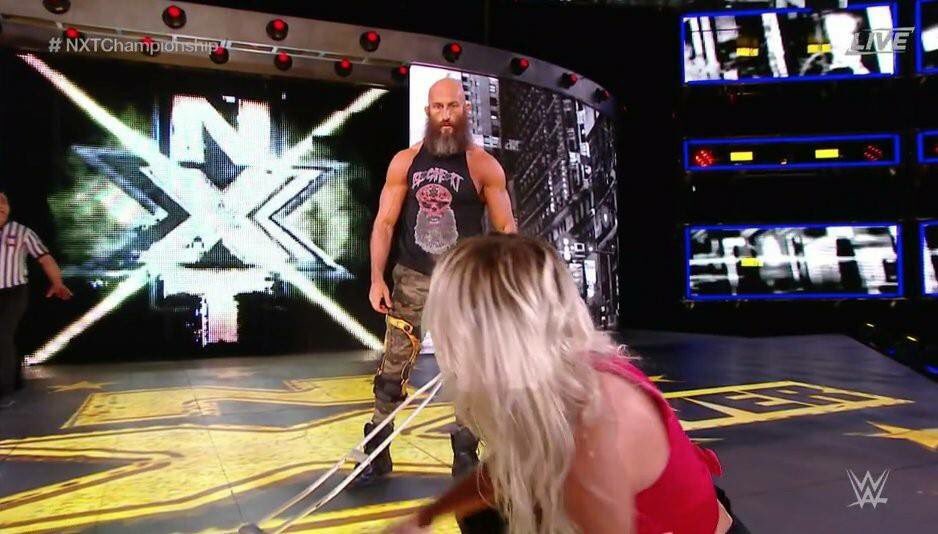 Saturday night, NXT TakeOver Philadelphia played home to the continuation of arguably the best story in the entire company right now — Johnny Gargano’s tireless pursuit of the NXT Championship, while revenge against his former best friend Tommaso Ciampa lingered in the background.

Gargano’s championship tilt with Andrade Cien Almas had everything — close falls, drama and emotion. Mauro Ranallo’s play-by-play set the perfect background, the modern-day Jim Ross with inflection and tone that perfectly encapsulated what was happening in the ring.

Every nearfall was a thrill. Everytime Almas’ valet, Zelina Vega attacked Gargano, there was an unspoken universal yearning for Gargano’s wife, Candice LeRae, who happened to be at ringside, to jump the rail and take her husband’s back.

The match had spots a plenty, with Almas eventually landing a devastating double knee strike on the apron, slamming Gargano’s head into the ring post. The champ then landed a DDT from the top rope for the three-count to retain his title.

For Gargano, the neverending story simply continued, with heartache and pain taking over what should have been a joyous night he certainly believed would end with him holding the title high as the show went off the air.

The location — Philly — couldn’t have been more perfect as the modern-day Rocky Balboa limped out of the ring.

LeRae consoled Gargano in the ring, a beaten man who seemingly was finally overcoming all the obstacles in his life. As Gargano took one last look at the Philly faithful, Ciampa made his long-awaited return, cracking Gargano in the back with a crutch.

With Ciampa’s return, the wheels turned another revolution in the storyline that can be traced back as far as June 2016.

Gargano and Ciampa’s relationship deterioration began when the former beat the latter in the Cruiserweight Classic, with a subtle notion that one could turn on the other at any moment. They’d go on to have immense success in the tag team division before Ciampa’s sudden betrayal in May in Chicago after losing a tag team ladder match to the Authors of Pain.

The ladder match in Chicago would be Ciampa’s last match before he was shelved with the knee injury. Only three months later, Almas would defeat Gargano at NXT TakeOver Brooklyn, with Vega distracted him with a DIY shirt, rubbing salt in the open wound that was left by Ciampa’s attack.

Over the next five months, Gargano would work to build himself back, taking over the No. 1 contender spot ahead of Saturday night’s main event.

While at home, Ciampa picked and chose his spots, sending snarky social media posts, but keeping mostly to himself while plotting his return.

The course that led to Saturday night’s collision was about as perfectly scripted as possible, with the three main components getting over their individual storylines.

There’s not a better story out there, and we can only hope the progression of Almas-Gargano-Ciampa leads to a boiling point during WrestleMania weekend.