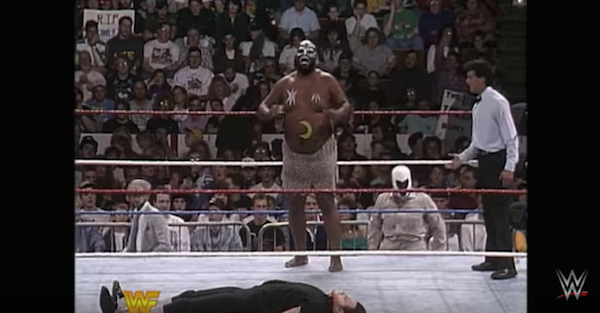 According to Kamala’s stepdaughter, they didn’t think he would make it out of surgery, but is on life support and is now “showing signs of improvement.”

Kamala’s health battles have been well-documented, as the “Ugandan Giant” recently had both of his legs amputated after a long bout with diabetes, per Bleacher Report.

The 6’7″, 380-pound wrestler wore paint on his face and chest and a loincloth during his wrestling days.