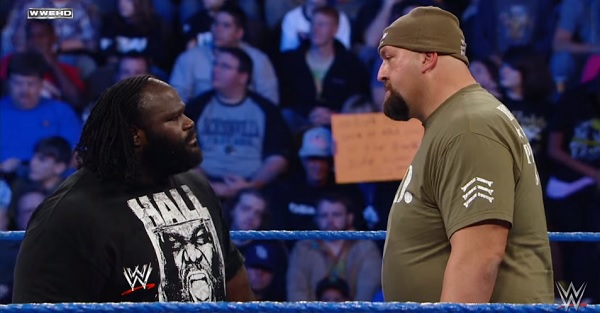 After 21 years, it looks like one champion’s time is coming to an end.

On an episode of the WWE Network’s Table For 3 on Monday night, former World Heavyweight Champion Mark Henry admitted that his time in the wrestling ring is finally coming to an end, and that he expect to transition to a backstage role with the company “in a few months”.

After twenty-one years in the business, @TheMarkHenry discusses the next step in his @WWE career on #TableFor3! @WWENetwork pic.twitter.com/wXBsS09Tox

“I can?t believe it sometimes, it?s 21 years,” Henry said on the show. “And as we all know, Father Time is undefeated and my time is coming to an end. I?ll go from being a talent to an employee here in a few months.”

Henry has not appeared in a televised match for WWE since WrestleMania 33 in April, and it’s unclear if he will get any sort of in-ring sendoff before calling it a career. Of course, Henry already got a sendoff once in his career, and it turned out to be one of the best swerves in WWE history.

In his career in WWE, Henry is a one-time world champion, a one-time ECW Champion, and a one-time European champion. Prior to WWE, Henry proved to be one of the most prolific weight-lifters in history, and he was a U.S. representative at both the 1992 and 1996 Olympic Games. Henry has always prided himself on several of his drug-tested lifting records, some of which still stand today.