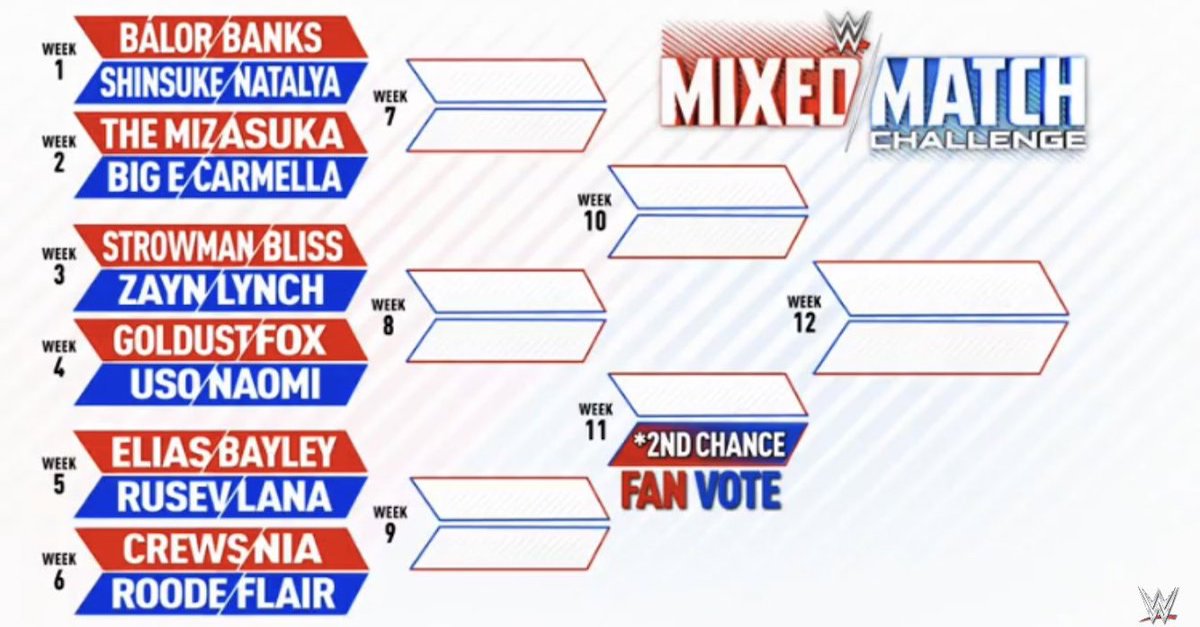 Finn Balor and Sasha Banks def. Shinsuke Nakamura and Natalya via submission to move on to Round 2 in WWE’s Mixed Match Challenge

Banks and Balor both entered with jackets like Finn’s, while Natalya and Nakamura both had Hart Foundation jackets.

The women started things off, but Natalya quickly exited, making way for Nakamura and Balor.

Nakamura took it to Finn and gave him the “Come on,” before pushing Balor into the corner for good vibrations. Finn reversed and they had a Too Sweet-off before Natalya called for the tag. She mocked Banks, then slapped her across the face.

Banks got the advantage and hit a double foot stomp in the corner before Natalya rolled out of the ring. Banks tried to hit a dive through the ropes onto Natalya and Nakamura, but Shinsuke caught her and put her on the apron. Banks then dove over Nakamura and took out Natalya.

Back in the ring, Natalya gained the advantage before Banks made the hot tag to Balor. Finn hit the ring hot, taking it to Nakamura. He connected on a reverse neck breaker for the close two-count. Nakamura, back on his feet, hit the spinning heel kick, then put Balor on the top rope for the double knee strike for the two-count. Nakamura attempted the reverse suplex, then hit a face plant on Balor before setting up for the Kinshasa. Balor jumped up just in time for the sling blade. He hit a double dropkick into the turnbuckle and jumped to the top rope for the Coup De Grace, which Natalya broke up. Nakamura hit a modified Kinshasa for the two-count before it was broken up by Banks.

Nakamura set up again for the Kinshasa, but Balor threw him into the turnbuckle. Balor made the hot tag to Banks, who tapped out Natalya with the Banks Statement.

Week 2: The Miz and Asuka vs. Big E and Carmella