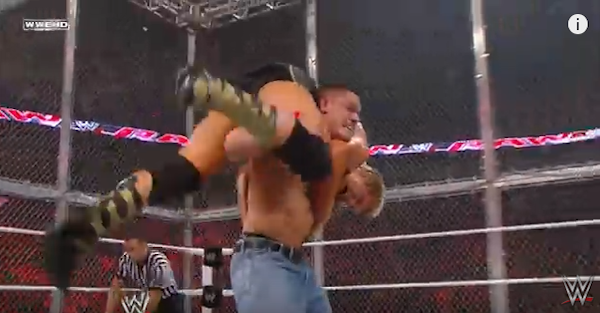 Before the big event though, WWE uploaded a never before seen Hell in a Cell match from an after an episode of Monday Night Raw in 2011, where Cena defended his WWE Championship against CM Punk, Alberto Del Rio, Dolph Ziggler and Jack Swagger.

Check out the match above, and you can tune into Hell in a Cell on the WWE Network.