WWE names the No. 1 moment in Monday Night Raw history 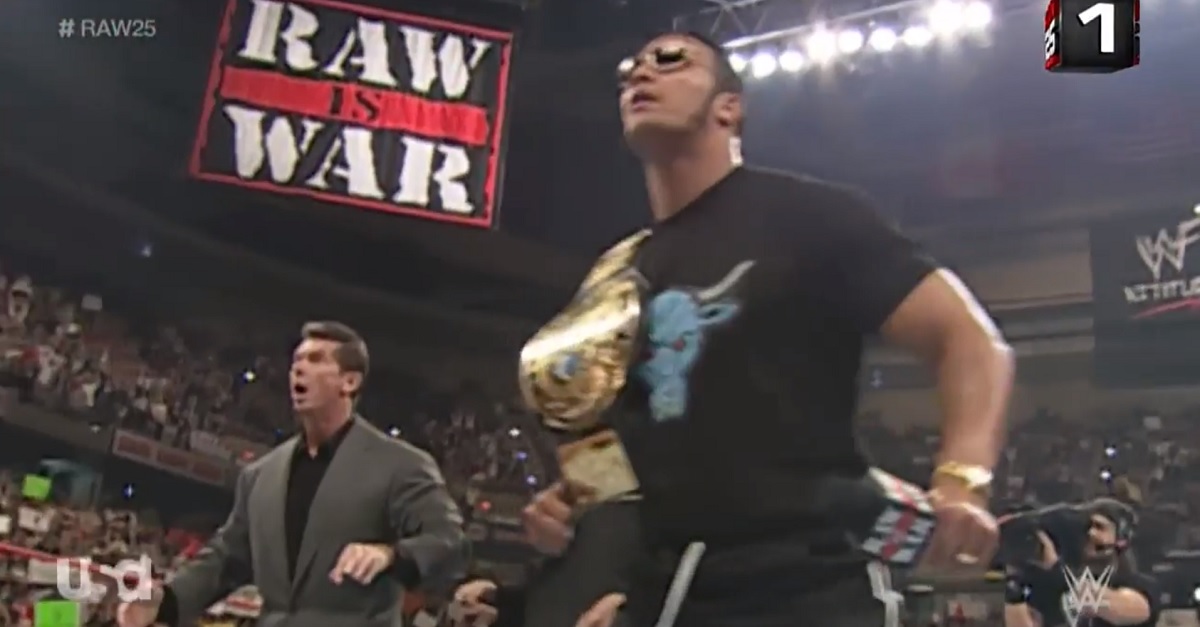 WWE has been counting down the top moments in the history of Monday Night Raw as the company prepares for the 25th anniversary of the show. That list ultimately ended on Tuesday with a televised special showing the Top 25 moments as voted on by the fans.

The No. 1 moment in Raw history by the votes? Stone Cold Steve Austin invading Raw with a beer truck, and soaking The Rock and The Corporation in some cold Steveweiser.

The full Top 10, as presented on USA Network on Tuesday night: