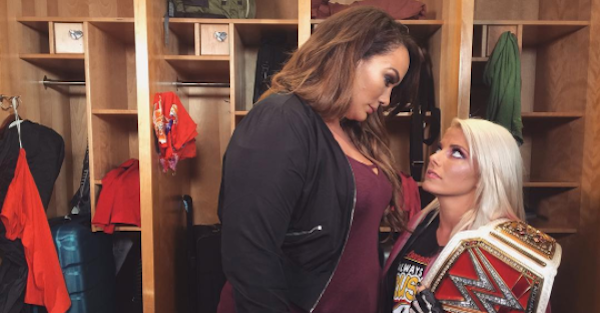 After rumors that she had become the latest to walkout of the company, Ryan Satin of Pro Wrestling Sheet is reporting that top WWE women’s title contender Nia Jax has been granted a leave of absence by the company.

According to PWInsider, Jax was granted the leave to deal with “personal issues,” and she is apparently off the road for the dates originally listed.

The rumors emerged on Tuesday when a user on Twitter reported that Jax was not at a recent taping of Monday Night RAW. The same Twitter user was one of the first to report that former cruiserweight champion Neville had walked out of the company last week, and many took the rumors that Jax was gone to be yet another walkout.

Pro Wrestling Sheet’s on Jax’s leave of absence was not completely clear in the reasoning.

Since Jax first appeared on Monday Night RAW last year, she has been positioned as one of the top contenders on that brand. However, she has yet to capture any of the top women’s championships in WWE.