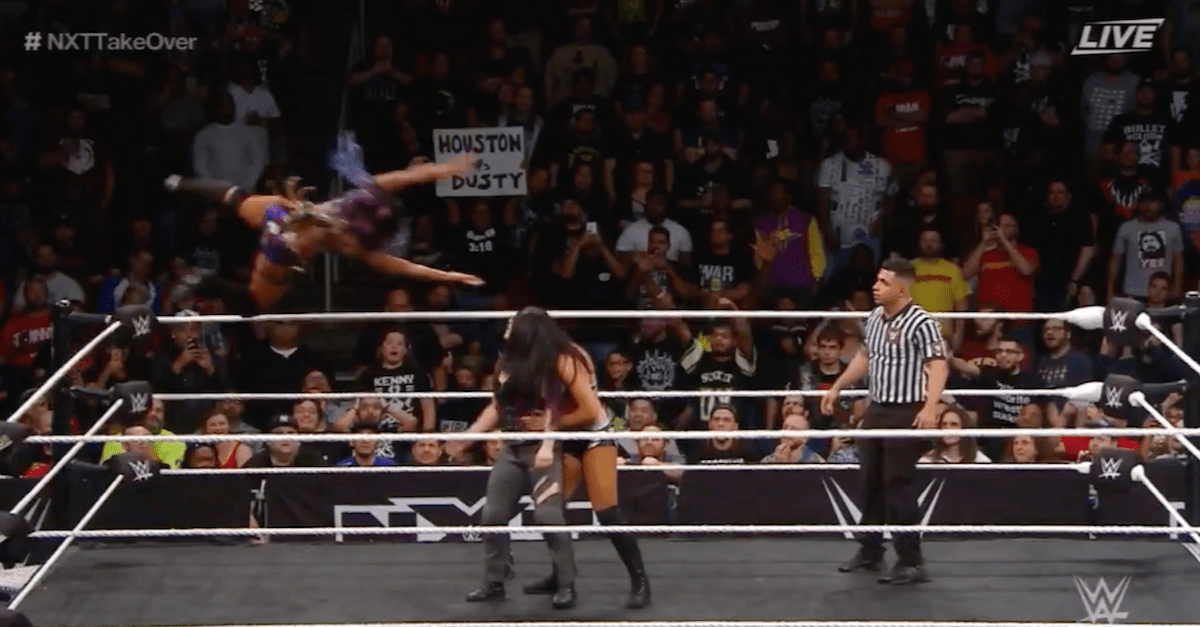 With Asuka long gone on the main roster, the vacant NXT Women’s Championship has a new titleholder, and her name is Ember Moon.

All hell broke loose in the first minutes of the match with Moon, Nikki Cross, Kari Sane and Peyton Royce going to war in and outside of the ring.

With Sane and Royce knocked down, Moon hit a nasty powerbomb on Cross on the outside of the ring.

BRUTAL powerbomb on the outside from Moon. pic.twitter.com/LpuDuM3RcB

After a slew of disastrous knockdowns in the ring, Cross took over and hit a fisherman’s suplex on Sane for the two-count.

Royce hit a fisherman’s suplex on Cross, but Sane broke the pinfall up. She hit an Alabama Slam on Royce onto Cross, then hit the InSane elbow onto the duo.

Moon broke up the pinfall on Cross, but made her way to the top. Moon hit the eclipse from the top rope on Cross and Royce to win the title.

Sane was named into the Fatal 4-Way after winning the Mae Young Classic.

Royce, Moon and Cross all advanced into the match for the vacant championship in individual matches.