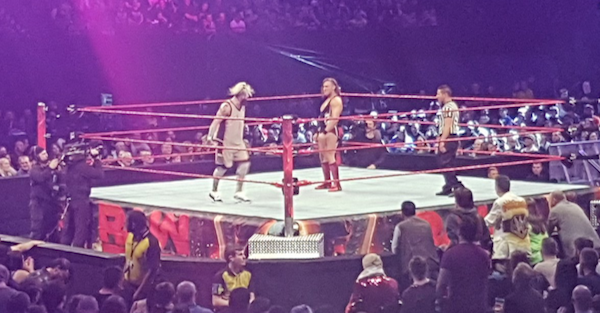 Pete Dunne is on the main roster!

The WWE United Kingdom Champion, Dunne, made his main roster debut on Monday Night Raw against Enzo Amore, according to multiple reports:

With the show being in Manchester, England, Dunne getting a massive pop is no surprise.

Dunne has been wrestling since 2009 and seems like the next big thing in WWE. The Bruiserweight is just 23 years old, and he won the United Kingdom belt back in May at NXT TakeOver: Chicago.