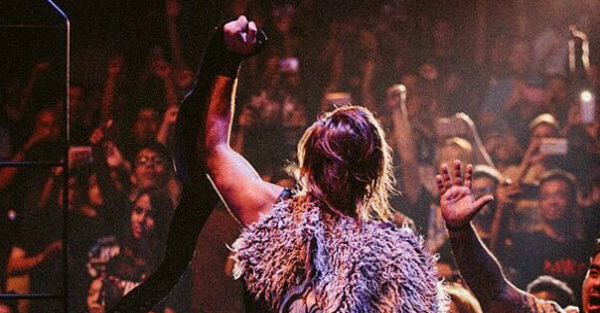 Pete Dunne and Will Ospreay are about to do something that hasn’t been done in the previous 25 years of professional wrestling.

For the first time since 1993, a current WWE champion will face an IWGP title holder. This will happen on Jan. 17, as the aforementioned talents will do battle at IPW’s Magnificent Zeven.

Have no idea if this has ever happened.
But for my knowledge, this will be the the first time a WWE champion & a IWGP Champion will be in the same ring at the same time. pic.twitter.com/A6KVSaLySg

For those unaware, Dunne is currently the WWE UK Champion. It is a title he won by defeating his fellow British Strong Style stablemate Tyler Bate in 2017 at NXT Takeover: Chicago. In case you didn’t know, he’s awesome and great and a bunch of other positive things.

As for Ospreay, he was the first ever British talent to hold the IWGP Junior Heavyweight Championship and is currently in his second reign with the title following his victory at the Jan. 4 Wrestle Kingdom 12 event. Ospreay defeated Marty Scurll, KUSHIDA, and Hiromu Takahashi in a fatal four-way match to win the championship.

This is a die-hard wrestling fan’s dream scenario. The Bruiserweight and The Aerial Assassin in a battle of fisticuffs? Tickle everyone excited and color no one sad. For what it is worth, this won’t be the first time the two have met inside the squared-circle. The wrestlers faced off at RPW’s Summer Sizzler event in 2016.

This match certainly has the potential to become an early front-runner for match of the year.