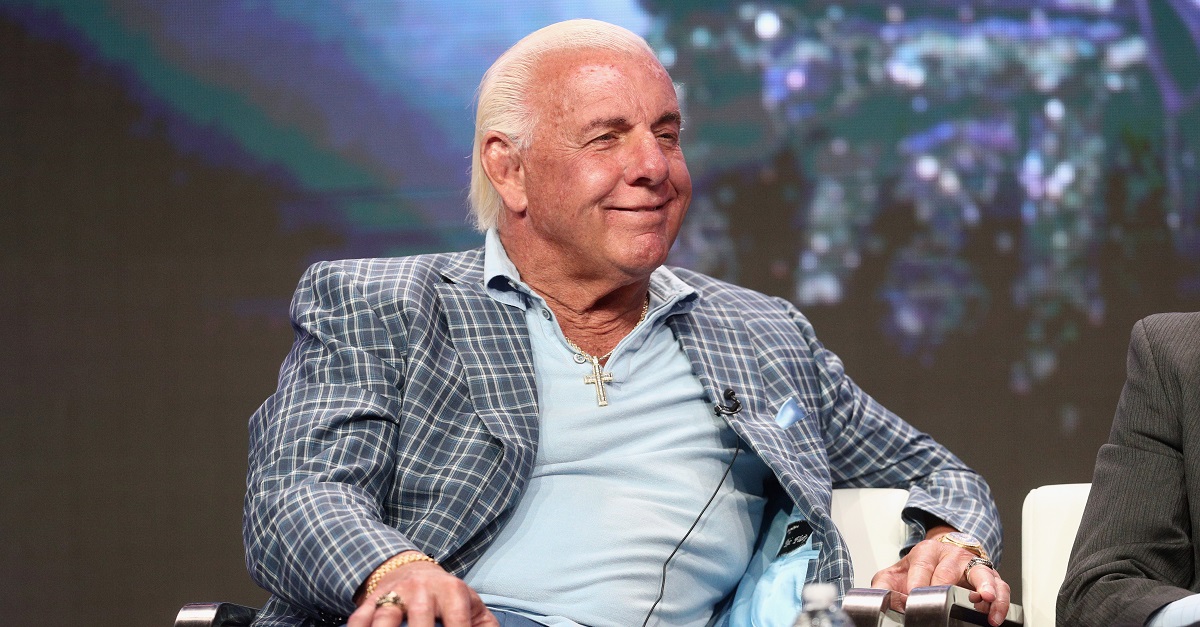 Flair, who is a frequent guest on the show, said he consumed about “20 alcoholic beverages per day” during his wrestling career:

“I just drank too much,” Flair said via phone. “The problem is when I started in the business in 1972, we drove 3,000 miles a week. We drank beer, rode down the roads, threw the cans out the window it was all the stuff. No cops, you know what I mean, it was just a way of life. Pretty soon it was drinking the beer and then getting into the hotel and then drinking the liquor and then, not to be confused with the two of them. I never drank before I worked and that was like even when we did double shots. I wouldn’t even have a beer if I had to wrestle twice in between matches. But after a couple hour Broadways, which are hour-long matches, you can imagine what I tagged myself onto after that.”

In August, Flair underwent surgery for undisclosed medical issues and was considered to be in “critical condition.”

During his recovery, Flair has been active on social media, tweeting out positive messages and sharing videos of himself:

Sometimes you have to get knocked down lower than you have ever been, to stand up taller than you ever were. Naitch WILL be back! 🙏 pic.twitter.com/v9YbIEykt9

I'm Backkkk! Thanks To Everyone For The Support These Past Couple Weeks. I Ain't Dead Yet Mother F**ckers! WOOOOO! https://t.co/1ZgKVjFH8x pic.twitter.com/AHSSyE8JT1

The 68-year-old former 16-time world champion retired from WWE as an in-ring competitor in 2008, although he had a short run working with TNA in 2012 before officially retiring from wrestling in 2012.

Flair has since rejoined WWE in a non-wrestling capacity, which included working as a manager for his daughter, Charlotte Flair, from 2015-16.