ESPN 30 for 30, “Nature Boy,” shows Ric Flair’s constant pursuit to be the greatest wrestler to ever live 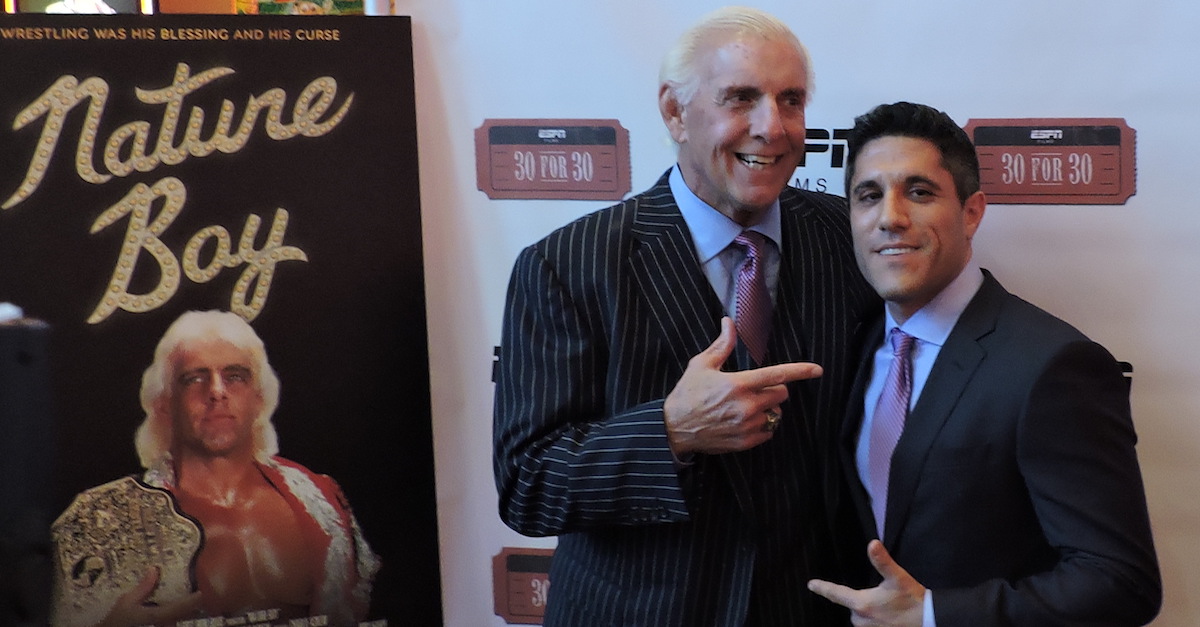 “Nature Boy,” Ric Flair’s ESPN 30 for 30 which premieres on ESPN on November 7 at 10 p.m. ET tells a story of heartbreak, the pursuit of success and what happens when traveling the road becomes too much for pro wrestlers.

The film describes Flair’s early life, from the point he was adopted, how he ran into trouble with the law and how a plane crash resulted in his back breaking, which helped turn around his career.

Flair described himself as a “miserable monogamist.” He survived on 10 beers and five mixed drinks a day.

He explained never being home from 1972-99. Flair had his fair share of battles with wrestling promotion’s management as well. But he relished those issues, because it meant he would get sent home to be with his family and attend wrestling tournaments and volleyball matches his kids competed in.

He also talked about the death of his son, Reid, who passed away after suffering a heroin overdose.

Flair continued, expressing regret over being Reid’s best friend instead of his father. He said he spent the next year drinking from 10 a.m. until 2 a.m. every single day. And it was his good friend Triple H who ended up helping get him out of that extremely low spot to where he’s at now.

“Nature Boy” is a story of love, heartbreak and every emotion in between. It’s also a story of one of the greatest professional wrestling careers in the history of the sport.

Flair admits he wasn’t the best husband and wasn’t the best father, but wants his legacy to be that he was the greatest and most entertaining wrestler to have ever lived.

After suffering a near-fatal health situation, all Flair wanted to do was make it to the Atlanta premiere.

“Since I got out of the hospital, every day of my life, I just wanted to make it to tonight (Thursday). Every day I asked Wendy, do you think I’ll make it to the (October) 26th,” he said.

“After being where I was for two months, 10 days in a coma. You wake up and you rethink everything in life. I had the support of my family and friends. Tomorrow, if something happens, I’m glad I could be here tonight and see you guys and say thank you.”