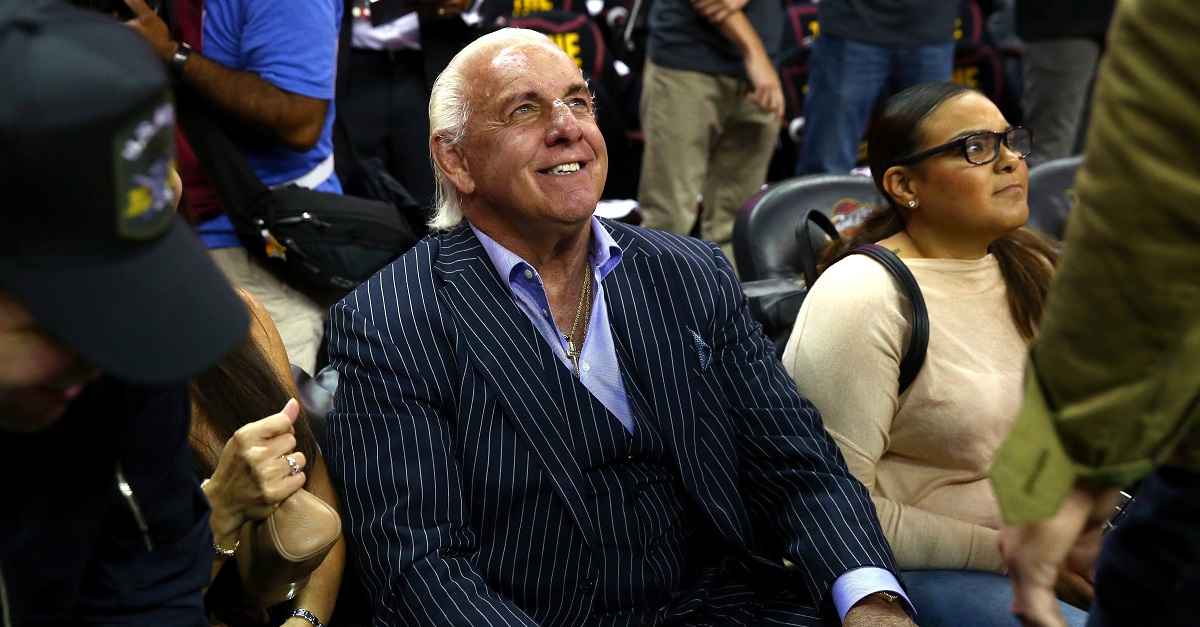 During an appearance on Baltimore’s 98 Rock Morning Show, WWE Hall of Famer “Nature Boy” Ric Flair provided his list of the current WWE superstars he believes would make up the modern day version of  “Four Horsemen” stable.

“The first guy I would take is Dolph Ziggler. The second guy would be Seth Rollins. The third guy would be, let me think, for Horsemen that requires a lot. You have to be good at what you do. You have to be able to enjoy life. Let me think. God I haven’t had too much fun with him, but I’m sure he’d be great Roman Reigns. Roman is a trooper. I got to be careful with what I say because God forbid anyone have any fun anymore. (laughs) Oh God, he would run from me but Randy Orton for sure. But he is so married now and so laid back and having a good time. Make no mistake Randy Orton right now is still the best wrestler in wrestling.”

Pretty hard to argue with Flair’s picks considering each of the four is a multi-time World Champion and arguably four of the best workers in professional wrestling today– yes, even Roman, smarks.

Perhaps the absence of AJ Styles is due to the questionable “Nature Boy” apprentice gimmick he did with Flair in TNA several years ago. But I digress.

The 16-time champion clearly still has a keen eye for talent.