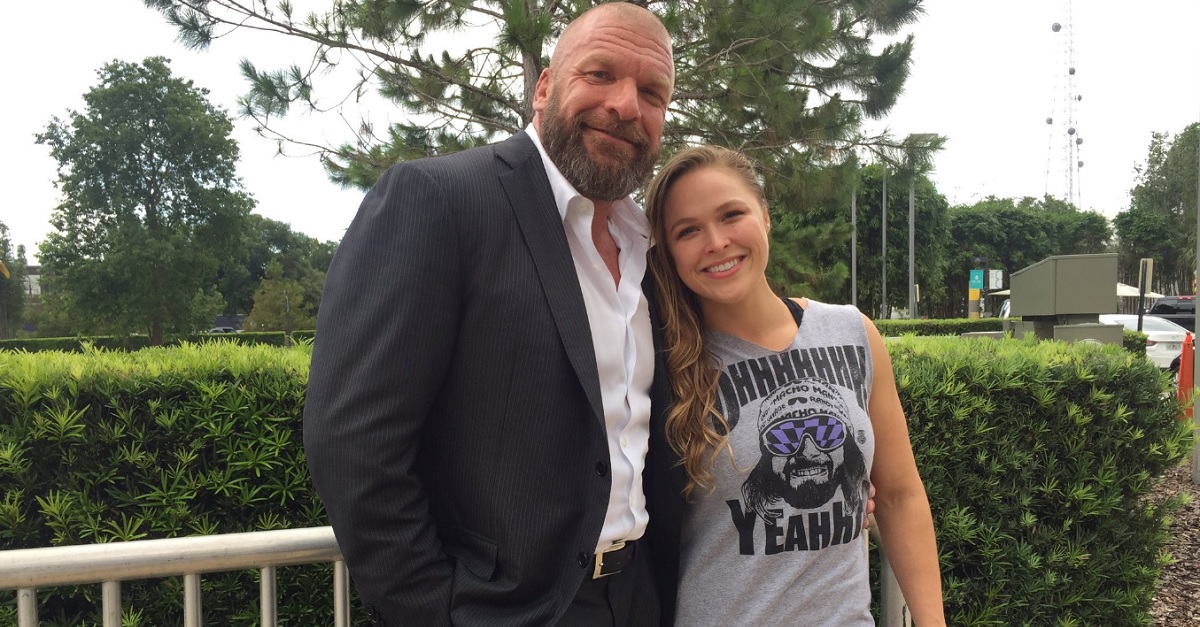 ?Ronda has made no secret her whole career that she has been a huge fan of WWE growing up. She has been on record saying WWE is probably some of the most fun that she has ever had in her entire career. I have been out there publicly saying that if she wants the opportunity I am happy to give it to her. She is looking for the opportunity so it seems like a perfect match-up. I am excited to have the conversation with her and see where it goes.?

WWE has continued teasing adding Ronda Rousey to its stockpile of talented women?s wrestlers, and that only continued when TMZ caught up with Stephanie McMahon recently.

McMahon said directly to the camera that the ?offer still stands,? and the WWEwould love to have her.

When asked if a matchup between the two is still possible, she said ?anything is possible.?

The last time Rousey stepped in a ring, she made quick work of Triple H and McMahon in a segment alongside Dwayne “The Rock” Johnson:

Rousey threw down her bag and told the group to ?name the time and place,? before they retreat.

Last month, footage from the event?s taping showed Rousey, Duke and Shafir sitting in the front row interacting with Bayley, Flair and Lynch after Baszler?s victory, which created speculation that the two groups would eventually work an angle together.

Baszler, who was a finalist in the Mae Young Classic has already made a successful transition to the squared circle and began training full-time at the WWE Performance Center last week, according to WWE.com and many believe the other Horsewomen will follow suit.