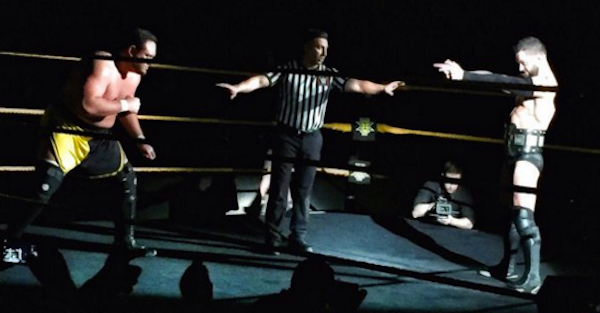 The hits keep on coming for WWE, as recent breakout star Samoa Joe reportedly suffered a knee injury that kept him out of the main event Monday night and is expected to keep him out for the next four weeks or so, per PWInsider.com.

“As we broke last night here on PWInsider.com, Samoa Joe suffered a knee injury over the weekend at the WWE live events, which is why his planned match against John Cena did not take place on Raw.”

Joe was a star on the indy’s before jumping to WWE’s NXT and running with the title during a program against Finn Balor. He’s sort of floundered on the main roster, but really has come on of late with a solid match against Brock Lesnar. He’s developed into a monster heel of sorts and hopefully this is just a temporary setback.

Joe joins Big Cass on the shelf, after the latter had surgery to repair his injured knee.