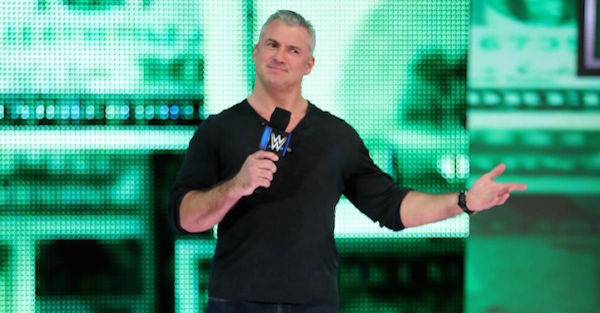 SmackDown Live commissioner Shane McMahon announced a main event match between Baron Corbin and Dolph Ziggler with the winner earning a spot in the upcoming fatal four-way match for the WWE Championship at Fastlane.

An unexpected end to #SDLive with a triple threat match made for #WWEFastlane…I’m going to make a bit more interesting.

Next week: @BaronCorbinWWE vs. @HEELZiggler. The winner is added to the match and makes it a #Fatal4Way for the @WWE title.

This week’s SmackDown Live main event included a match between Kevin Owens and Sami Zayn to decide the No. 1 contender for the WWE title at the upcoming pay-per-view. The match ended in a no-contest after interference by WWE Champion AJ Styles and both superstars were added to the Fastlane main event.

But apparently, the match has gone from a triple threat to a fatal four-way with the announcement of the upcoming SmackDown main event.

Neither Corbin or Ziggler had any recent tie-in to the world title storyline and haven’t exactly been booked as believable contenders. In fact, Ziggler has only participated in one match — a surprise entry in the Royal Rumble — since December.

It’s a head-scratching move, but hey, why not? After all, SmackDown Live is the “land of opportunity.”