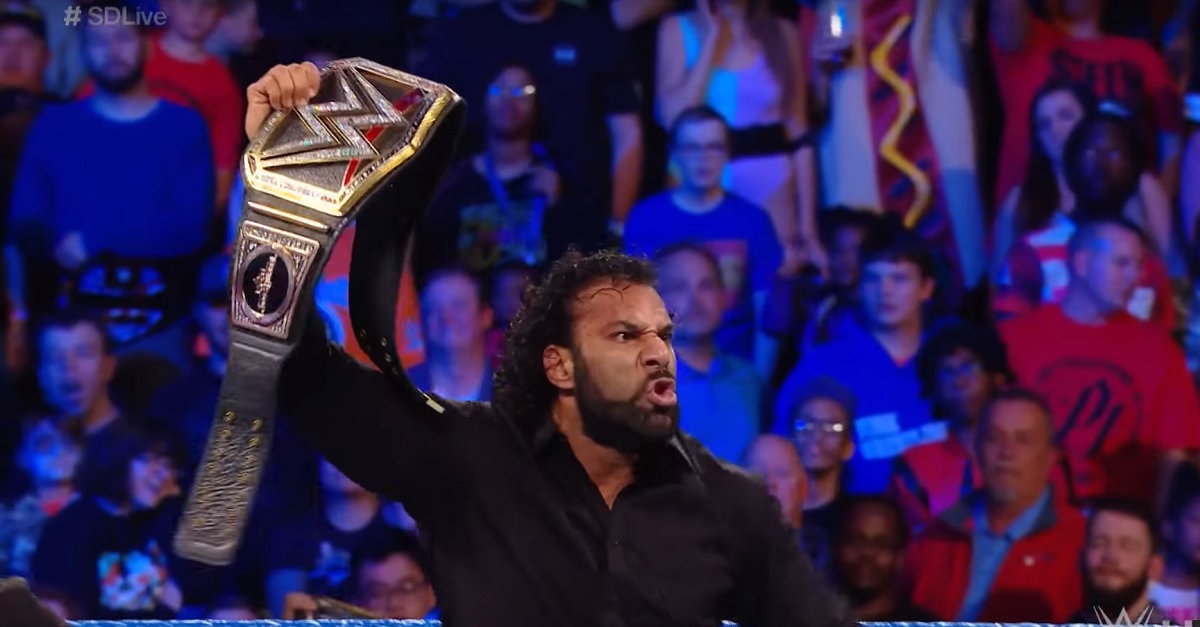 This is a bit out of nowhere.

On Thursday afternoon, WWE announced that WWE Champion Jinder Mahal would defend his title next week against AJ Styles on SmackDown Live.

Due to @JinderMahal vicious attack on @AJStylesOrg, he will defend the #WWEChampionship against AJ this Tues. in Manchester, UK on #SDLive.

BREAKING: The #Phenomenal @AJStylesOrg will challenge @JinderMahal for the @WWE Championship TUESDAY on #SDLive! https://t.co/GXymZdXPvC

Styles has beaten both of Mahal’s henchmen at this point, and Mahal laid out Styles on the show this week, but this is surprising since WWE had previously announced that Styles would be taking on Rusev next week for a spot on Shane McMahon’s SmackDown Live Survivor Series team.

In classic fashion, Rusev has taken the change in matches as a victory.

The match will be Styles’ first televised match for the WWE Championship since February. Styles had held the title for several months last year before losing it to John Cena in a classic at the Royal Rumble.

The timing is also interesting since Mahal is currently scheduled to face Brock Lesnar in a champion-vs-champion match at Survivor Series. Unless WWE is planning to make major changes, it seems like they are just giving away the finish of this match.

SmackDown Live next Tuesday will be taking place in Manchester in the United Kingdom. The show will be going head-to-head against the ESPN Ric Flair 30 for 30 documentary.