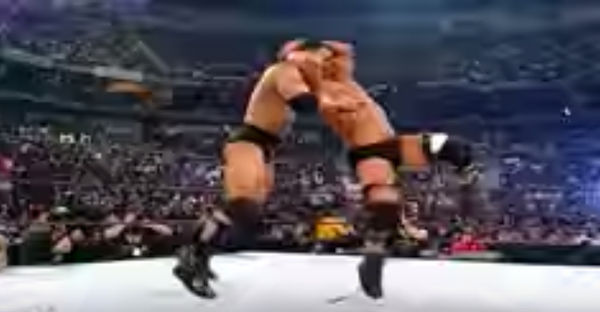 The reason? Beer, and lots of it.

Comedian Hannibal Burress discussed Rock’s overselling of the Stunner during a recent episode of his podcast “Handsome Rambler.”

Talking with @TonyTrimm about how @TheRock used to sell the shit out of the Stone Cold Stunner on @HandsomeRambler pic.twitter.com/NZRVJ1Geqc

That got the attention of “The Great One,” who revealed that he and Austin would “bet cases of beer on how crazy” he could “sell” the finishing move.

My dude. Appreciate it HB. Me and @steveaustinBSR used to bet cases of beer on how crazy I could get with my "sell" of his famous Stunner.🤙🏾 https://t.co/VtTmqI1jkW

Whether it was the truth or just a tongue-in-cheek nod to Austin’s beer-swelling persona, it does explain Rock’s epic selling of Stunner, as seen in the video below: