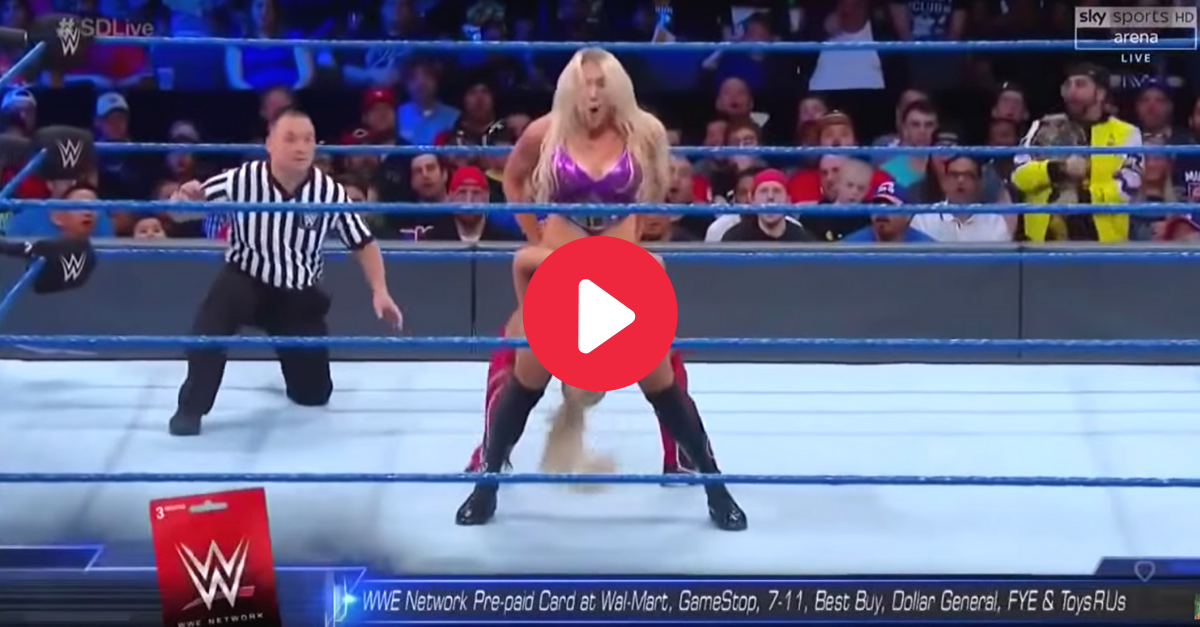 It appears that WWE’s Charlotte Flair has a good sense of humor.

The former WWE Women’s Champion entered a match against Lana on an episode of SmackDown Live, and the two had a bit of an accident early on in the match where it appears that Lana grabbed onto Charlotte’s shorts just a little too much.

After the match in a cute video with Becky Lynch, Flair acknowledged the slip up in the best way possible: “I just wanted to give Toronto a good show!”

Well, it appears some people in the crowd were appreciative, as there was a light “Thank you, Lana!” chant going around the arena for a bit after that moment. Awkward, but I guess Flair was right in giving the people what they wanted.

After all, it’s not the first time a Flair has had a bit of a wardrobe malfunction. Looking at you, Ric.

This article was originally published August 9, 2017.