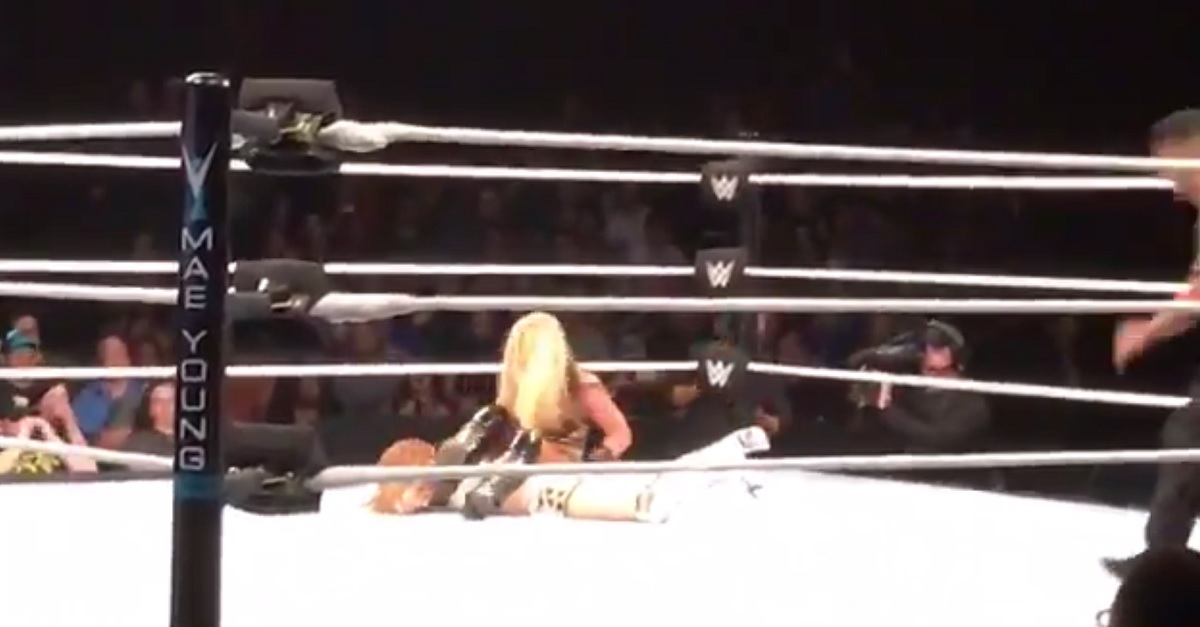 Hopefully this isn’t too bad.

According to Ryan Satin of Pro Wrestling Sheet, former Japanese star Kairi Hojo — now Kairi Sane in WWE — sustained a concussion in one of the matches for the Mae Young Classic tournament.

While unconfirmed, people on social media are pointing to this top rope spot from Hojo’s match against Toni Storm as the potential spot where the injury occurred.

Satin mentions that Hojo is expected to be recovered in time for the tournament finals in September.

According to the Wrestling Observer, Hojo signed a three-year contract with WWE prior to the Mae Young Classic. Hojo, a veteran of the Japanese Stardom promotion, is generally regarded as one of the best pro wrestlers of the world, male or female. She won?t be the only boost to WWE either, as fellow Stardom wrestler Io Shirai is expected to join Hojo in WWE after she recovers from a neck injury.