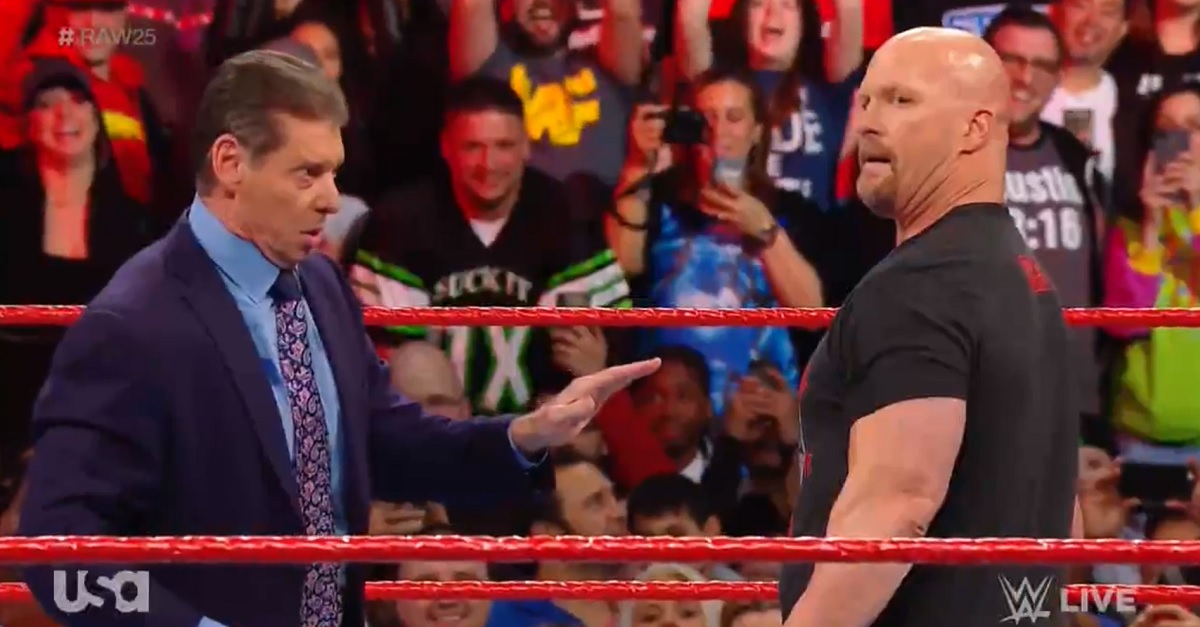 Monday Night Raw’s 25th anniversary indeed started off with a bang in Brooklyn.

The opening segment of the show saw the return of Stone Cold Steve Austin, who made his first appearance on the show since 2015. As always, Austin made it a memorable performance, returning and delivering a Stone Cold Stunner to both Vince and Shane McMahon.

Stone Cold vs. The McMahons has been one of the most important rivalries in the history of Monday Night Raw, and even nearly 15 years after Stone Cold retired, it is still a sight that the fans want to see the most.

Swig of beer for the stunnin’ man!