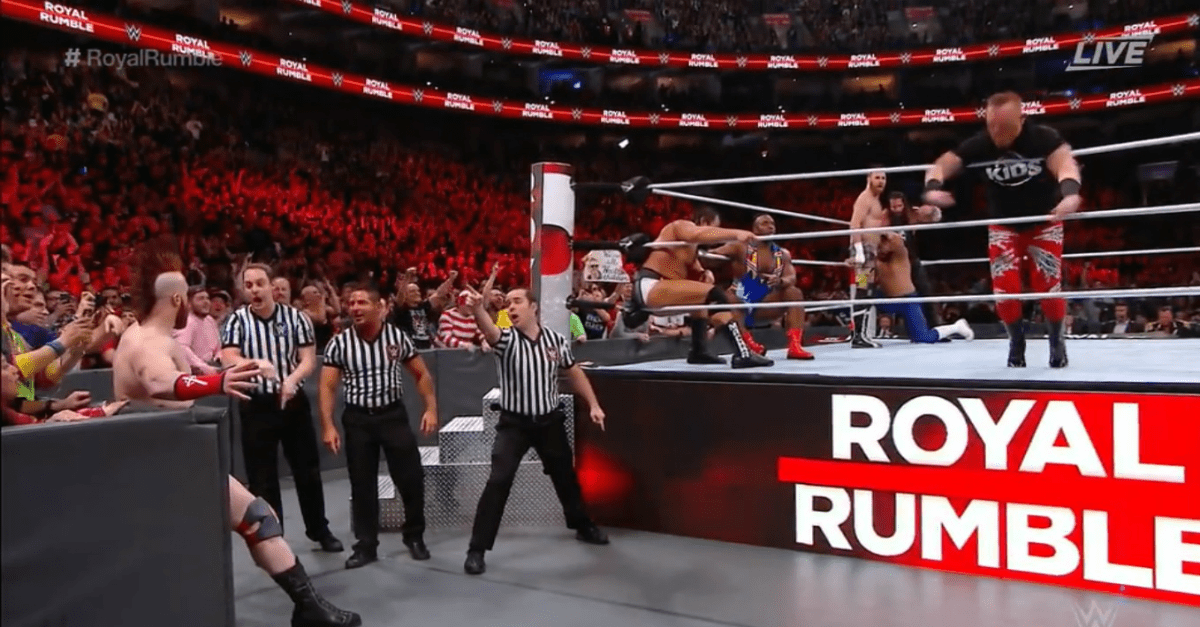 Not being the main event of the card as is usual custom, the 2018 Royal Rumble saw Shinsuke Nakamura overcome all obstacles to earn his spot in the main event of Wrestlemania. Obstacles including WWE fixtures such as John Cena and Roman Reigns.

Starting with Finn Balor as the first entrant and Rusev as the second, the surprises really didn’t start for some time. Trying to appease the Philadelphia crowd, ECW original Rhyno appeared at three and NXT Champion Andrade Cien Almas joined the fold at the seven spot.

For those worried about numerical fits, for the second year in a row, Ty Dillenger appeared ready to appear at the perfect 10 spot, but was jumped by Kevin Owens and Sami Zayn, who lost their handicap match night to AJ Styles earlier in the night. Sami would insert himself in the match.

Worth noting, heavy favorite to win the Royal Rumble, Shinsuke Nakamura, entered the match at 14. He would eliminate the illegally entered Zayn.

I thought you said you had that! @SamiZayn

In a high spot, John Cena entered at 20, and was then jumped by every participant in the ring.

Another shock to the system was The Undisputed Era’s Adam Cole showing at at 23. For a match, at least up until this point, lacking major fun moments, the riddled with potential Cole getting showcased was a nice touch.

Rey Mysterio shockingly showed up at 27! The other shocker was Dolph Ziggler returning, after work-shoot retiring, at the 30 spot. Ziggler did not last long.

Final four? Reigns, Cena, Nakamura and Balor. At that point, Balor was in the match for 52 minutes.

Cena would eliminate Balor, which made people sad. It also made the Philly crowd root for Nakamura with all their collective cold hearts.

Nakamura would then boot Cena out of the ring and overcome Reigns to win the 2018 Royal Rumble.