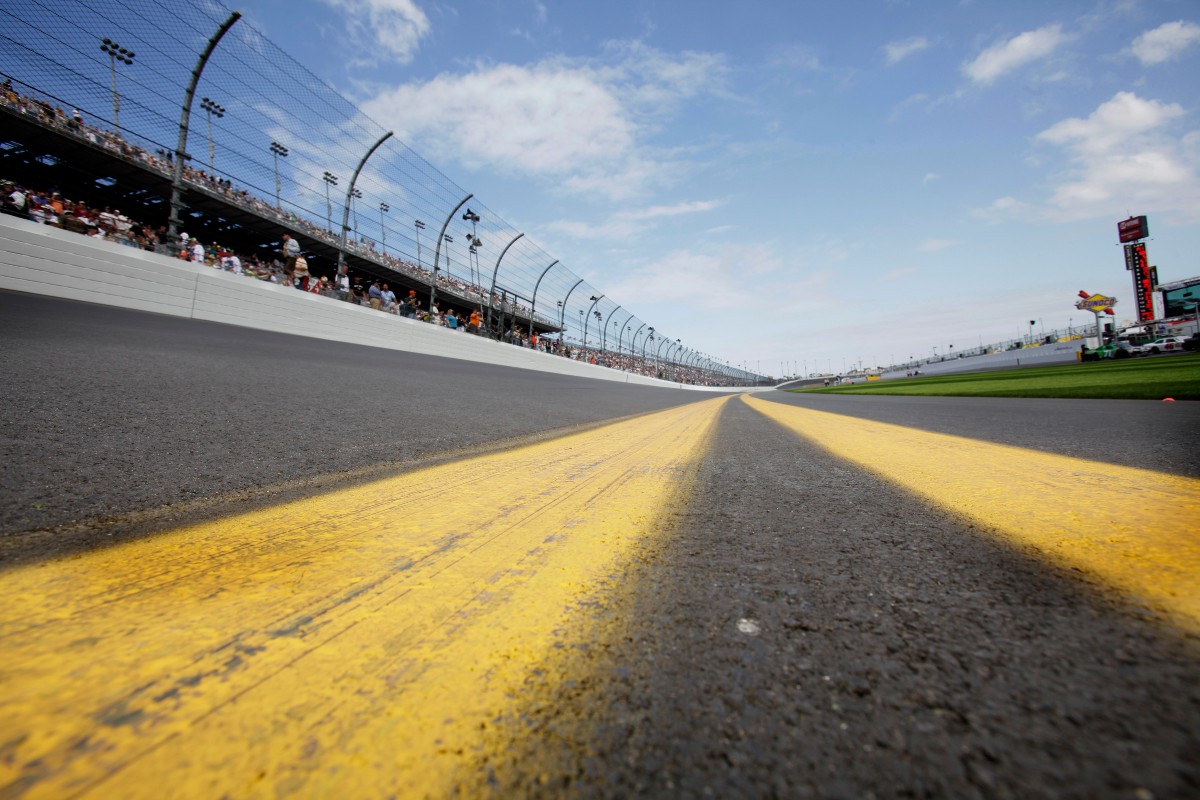 Which NASCAR race track is the absolute best?

Trick question. They’re all awesome, for their own reasons.

That being said, there are some NASCAR tracks that really do require a pilgrimage to appreciate the sound and the fury, the sights and the smells, and, of course, the races themselves.

Even though it’s really impossible to narrow down the seven best NASCAR raceways, the following list would probably be considered the top seven “you’ve gotta see it” speedways, based on factors including track history, race history, and whatever cool aspects make that particular track different from the rest.

Located in Bristol, Tennessee, this speedway features a short track measuring almost a perfect half mile. The turns also feature a 24-28 degree bank, which is pretty steep for stock car racing. The reason for this, according to popular legend, is to provide the track with a more “intimate” feel.

Bristol hosts a variety of races both on the track and the adjoining drag strip, including the Food City 300, part of the NASCAR Xfinity Series, the Bush’s Beans 200 ARCA Race that’s part of the NASCAR Camping World Truck Series, and the NHRA Thunder Valley Nationals.

Perhaps the most famous event, though, is the Bass Pro Shops NRA Night Race. Known as “America’s Night Race,” this race is now timed to be a cut-off race in the Round of 16 of the NASCAR Playoffs.

So named for its proximity to Daytona Beach in Florida, this is one of the most recognizable tracks in motorsports today, either because of the sheer volume of racing events that are held there, or because of the famous Daytona 500.

Designed as a way to curb stock car racing on the beaches, Daytona hosted its first 500 on February 22, 1959. The winner of the first Daytona 500? A photo finish between Johnny Beauchamp and Lee Petty.

After a major facelift that began in 2013, today’s Daytona is truly a motorsports experience, hosting a wide variety of car and motorcycle races, as well as the Rolex 24, a sunrise-to-sunrise race that has been a tradition since 1962.

The 31-degree high banks on the tri-oval 2.5 mile track are reported to be extremely fast. And, here’s a fun fact: The material for the banks came from the infield of the track itself, and that’s how Lake Lloyd was created.

Talladega Superspeedway in Alabama rose to fame as the “largest, fastest, and most competitive” track of all time, and according to many fans, it has absolutely succeeded.

Known as Alabama International Motor Speedway from the day it opened in September 1969 through 1989, this tri-oval 2.66-mile track features 33-degree banking in the turns.

Fans look forward to Truck Series and Xfinity Series races here, but perhaps the highlight of the year is the YellaWood 500, a NASCAR Series playoff race that serves as Round 12 of the quest for the Bill France Cup.

Homestead-Miami is a very “young” truck, with its construction occurring in the shadow of 1992 Hurricane Andrew’s devastation. And, you can have a beach party in the infield.

The planning behind Homestead-Miami was a collaborative effort to revitalize the area’s economy after Andrew destroyed nearly everything. The track was officially dedicated November 3, 1995 with the inaugural race — the NASCAR Xfinity Series Jiffy Lube Miami 300 — occurring just two days later.

One really fascinating aspect of this track is its natural resources. There are 1,005 palm trees planted on site, spanning 15 different species (did you even know there are 15 different species of palm tree?). The material used to create the variable banking carved out four different lakes, two of which are in the infield and used for recreation.

The largest lake is stocked with peacock bass and is deep enough to dunk an entire six-story building. The smaller lake features a 20,000 square-foot beach, where those with a Beach Party pass can enjoy live entertainment and water sports during their motorsports.

Atlanta Motor Speedway isn’t actually in Atlanta, but it’s close. Home to the Quaker State 400 Presented by Walmart NASCAR Cup Series race, it’s technically located in Hampton, Georgia, which is just 30 minutes outside of the city.

Regardless, this track has a lengthy history, having hosted NASCAR Cup Series stock car races since the doors opened in 1960. At that time, the 1.5-mile track became the seventh superspeedway to host a Cup Series race, despite featuring wooden bleachers and hosting race fans sitting on blankets for most of its life.

The rebirth of Atlanta Motor Speedway occurred in the 1990s, when it was purchased by Bruton Smith. Several grandstands were added, along with press boxes, club suites, and even a complex of 46 luxury condominiums, known as Tara Place.

Today, the multi-purpose motorsports complex hosts a variety of races, including the Xfinity Series and Truck Series, drag racing, Legends, and Bandolero Racing.

You may have noticed that a lot of these raceways are concentrated in warmer climates. There is a reason for that, since warmer climates often bring with them fairer track conditions. But, that doesn’t mean that all tracks are in sunny spots.

The New Hampshire Motor Speedway is the largest sports and entertainment facility in New England, as well as the track in the New England region to host NASCAR Cup Series and NASCAR Xfinity Series events.

Before you ask, Dover International Speedway is in Delaware, yes, but only six states are considered part of New England: Connecticut, Maine, Massachusetts, New Hampshire, Rhode Island and Vermont. We don’t make the maps. We just read them and report them.

The Speedway complex features several tracks, including the 1.058-mile Oval and a 1.6-mile Road Course with 12 turns. You’ll also find a mini oval and a flat track here, each of which measures a quarter mile.

The Darlington Raceway of South Carolina is a true NASCAR tradition. The track opened in 1950, and allegedly gained its strange egg-shape due to existence of a minnow pond, and the original owner’s stubborn refusal to displace the minnow.

The track itself is 1.366 miles long, which makes it one of the longer tracks for its era, when short tracks were very much in fashion.

The Darlington track has several nicknames, including “The Lady in Black,” given because of the extremely dark fresh asphalt sealant used on the track before early races, and “The Track Too Tough to Tame.” This nickname came about from drivers who would experience a random, seemingly pointless wall bounce after completing many perfect laps. The missing paint on the right side of the car from smacking the wall is known as the “Darlington Stripe,” and earning it is somewhat of an honor.

The biggest race at Darlington Raceway is currently the Cook Out Southern 500, part of the NASCAR Cup Series, though the track has played host to plenty of series races and playoff races throughout the years.

If We Left Any Tracks Out…

That concludes the list of the seven NASCAR tracks every fan ought to visit. Before you fire up your email to wax poetic as to how Watkins Glen International is clearly superior, or the best race you ever saw was at Charlotte Motor Speedway in North Carolina, we totally get it.

There’s Phoenix Raceway, Richmond Raceway, Auto Club Speedway, Indianapolis Motor Speedway, Martinsville Speedway, and Michigan International Speedway. Heck, you can even throw the LA Coliseum on the list after this year’s Busch Clash. In any case, if we created a list of all the NASCAR tracks you really needed to see, it would basically be a list of every single track that currently hosts a NASCAR event.

Let’s be honest. No one wants to miss a minute of racing excitement, which is why we’re all very grateful for television broadcasts and the internet.

But, if you’re starting a pilgrimage to pay homage to American motorsports, we feel like these seven are a good place to start.

READ MORE: Here’s the Track That Dale Earnhardt Jr. Thinks Would Be Great for a F1-NASCAR Crossover Weekend