Austin Cindric ended his first NASCAR Cup Series regular season on a high note by clinching Rookie of the Year honors, besting Harrison Burton and Todd Gilliand in the process. Not a surprising outcome, considering that the 24-year-old driver for Team Penske was the only rookie to make the playoffs. Speaking of the playoffs, Cindric is only the fourth rookie driver to make it that far, joining Denny Hamlin, Chase Elliott, and Christopher Bell. No rookie has won the championship in the playoff era, but Cindric is hoping to change all that and prove that he's a serious title contender.

The Columbus, Ohio native has got a long way to go if he hopes to even survive the Round of 16, and his 16th-place finish at Darlington Raceway currently puts him below the Round of 12 cutline. Despite an impressive first-season resume that includes a Daytona 500 win and a ROTY award, Cindric isn't ready to stop racking up the accolades.

An Impressive Rookie of the Year Campaign 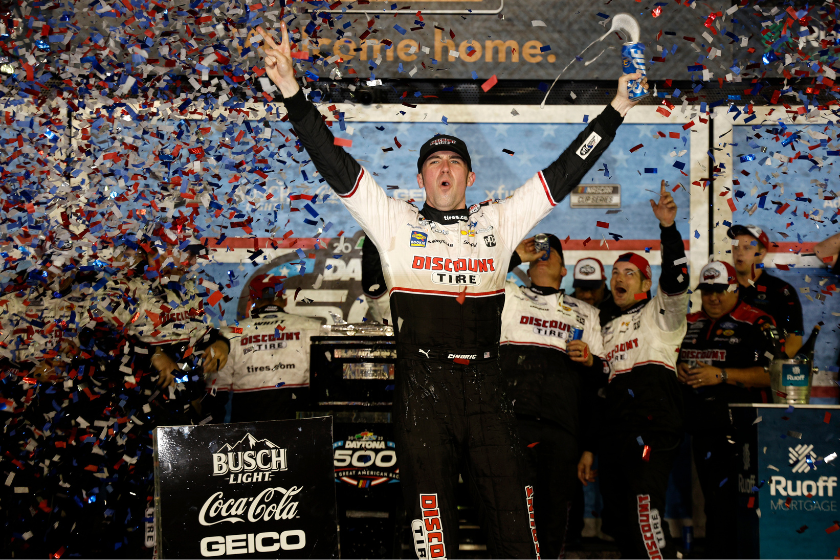 Before making his full-time Cup Series debut, Austin Cindric left his mark and then some on the NASCAR Xfinity Series. Driving the No. 22 Ford race car for Team Penske, Cindric won the Xfinity Series championship in 2020 and placed second in the standings in 2021. After securing a Cup ride with Penske for 2022, Cindric switched from the No. 22 to the No. 2 Ford Mustang and rode that powerful Xfinity Series momentum all the way to a Daytona 500 victory. On Roger Penske's 85th birthday, Cindric joined Trevor Bayne as only the second rookie to win "The Great American Race." Before the regular season wrapped up in late August, Cindric put up four more top-five finishes, including a fifth-place finish at Sonoma, a third-place finish at Atlanta, a second-place finish at the Indianapolis road course, and a third-place finish at Daytona.

Cindric's big win at Daytona International Speedway is his only victory in 2022 so far, but because so many different drivers won Cup Series races during the regular season (15 to be exact), it was enough to secure him a spot in the Cup Series playoffs. With just six playoff points (five from the Daytona 500 win and one from a stage win), he may not have gotten it done in a convincing fashion. But a playoff spot is a playoff spot.

Cindric is well aware that he's not anyone's top prospect from a playoff perspective. Before he headed to Darlington Raceway to compete in his first Cup Series playoff race, Cindric insisted that he's not coming into the postseason expecting to make history.

"I don't have any expectations," Cindric told Racer.com. "I got the same questions before the start of the season about what my expectations were for a rookie year and honestly, I want to do my job. That's the only expectation that I have, is to have a team that has all the resources and capability to be able to do that. We've certainly delivered on a lot of occasions, and certainly [we're] having a great season if you look back."

Don't let Cindric's "I'm-just-happy-to-be-here" schtick fool you, though. His calm, metered, one-race-at-a-time approach may just serve him well as he takes on a playoff field full of seasoned veterans and former champions. It may be improbable, but an Austin Cindric championship run certainly isn't impossible. 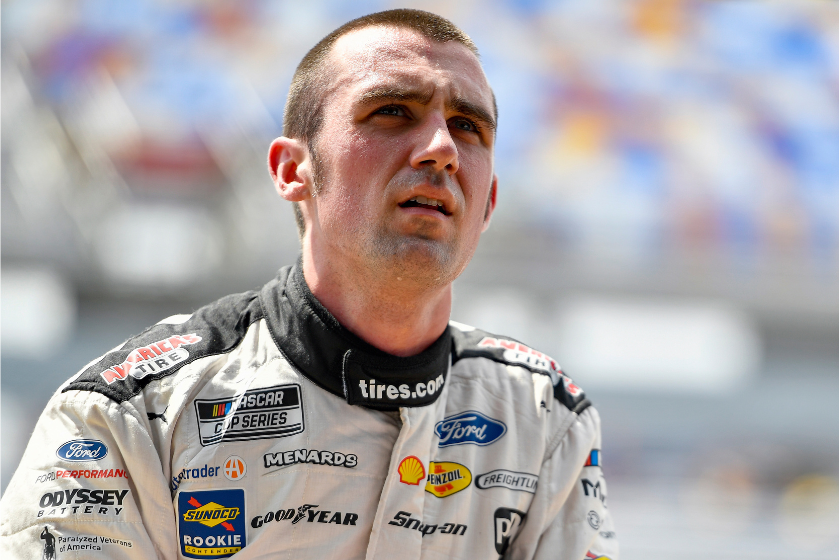 In many ways, stock car racing is an individual's sport. But, when Austin Cindric came into Darlington, South Carolina last weekend, he was also joined by teammates and fellow playoff competitors Joey Logano and Ryan Blaney. This put him in a good mental spot, and before race day on September 4, Cindric seemed confident and composed.

"I honestly feel mentally pretty good," Cindric said. "I don't feel like there's much expectation plus or minus, so you just try to go out and put together three really great races and try to be consistent, try not to beat ourselves. That's the opportunity -- obviously, there are past champions that aren't in the playoffs right now, so it's not guaranteed that I'll be in it next year or the year after or whatever else. So, it's a great opportunity, and it's a great opportunity in my rookie season, and we just have to go everything to make the most of it."

Fast forward to the late hours of Sunday night, and Cindric was in slightly lower spirits after turning in a 16th-place performance. Even still, the rookie took the Darlington race as a learning experience and showed his maturity and positive attitude as he broke down what went wrong.

"We didn't take ourselves out of it tonight and that was certainly goal number one," Cindric said. "I just wish we would have made more progress in the car tonight. We really struggled on the short runs and really got my lunch money taken on restarts and felt like we could hang with the rest of them on the long runs, but anytime we'd try to fix that we'd kind of just hurt the rest."

Cindric added, "It's certainly something to learn for tonight and those restarts and I lost track position really kept killing us, but we didn't take ourselves out of it. We were able to come away with more points than a lot of guys, so I'll take it, but I'm certainly not satisfied with it."

Right now, Cindric is sitting at 13th place in the playoff standings, putting him just below the Round of 12 cutline. He'll have the races at Kansas and Bristol to make up lost ground, so don't count the young gun out just yet.