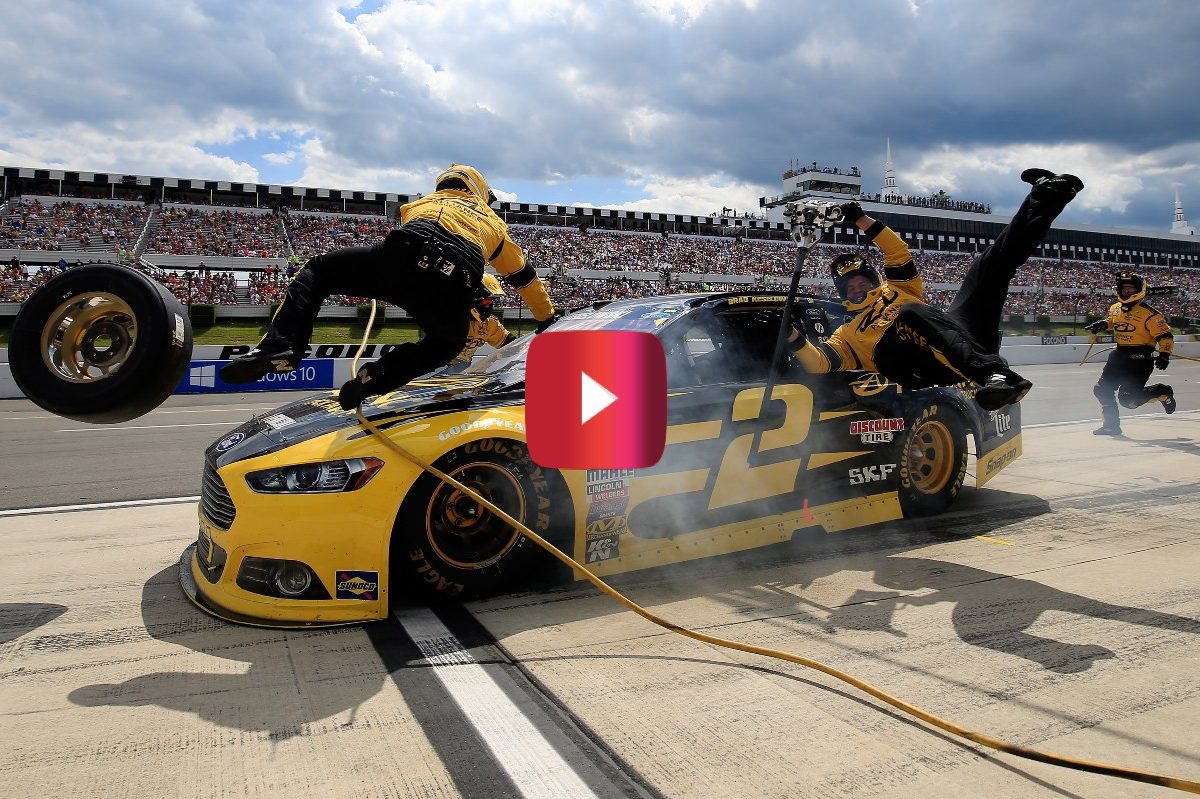 Being a NASCAR pit crew member is no easy job. There’s a reason they get paid good money, and Brad Keselowski’s crew earned every bit of it on this failed pit stop during the Cup Series race at Pocono back in 2015.

Take a look at this video below, and watch what a rough day on the job looks like for these guys.

You’ve seen the video, now here’s the quick breakdown. As Keselowski heads on to pit road, he spots his pit stall and begins to turn in. Now, things basically fall apart from there, because he comes in way too hot, locks up the tires, and slides right into the pit crew that was running out to service the car.

Watch the impact, and you’ll see not one, but two different pit crew members collide with the car and go airborne. A third crew member just barely jumps out of the way in time. The tire changer loses his tire, the jack man practically does a somersault before his jack lands right on top of him, and this just turned into a mess within a split second.

Here’s where these guys earn their money, however. Rather than stay on the ground or wince in pain, both of the crew members bounced right back up, waited for Keselowski to back up, and then continued to knock out the pit stop. As the broadcaster points out, you’ll notice a good amount of brake dust on the left front wheel of the No. 2 car, which may have played a factor in this chaos.

Perhaps Keselowski didn’t quite get the braking that he was expecting, or maybe he really did just come in with too much speed. Either way, he issues his apology over the radio as soon as he leaves pit road.

There’s a level of danger that these crew members take on that people often overlook. It’s not until an incident like this that you get to see it firsthand. Although a valiant effort overall, Keselowski ended up finishing second place in this race, just barely losing out to Matt Kenseth. It may not be first, but it was still a very respectable finish indeed, regardless of the mess on pit road prior.