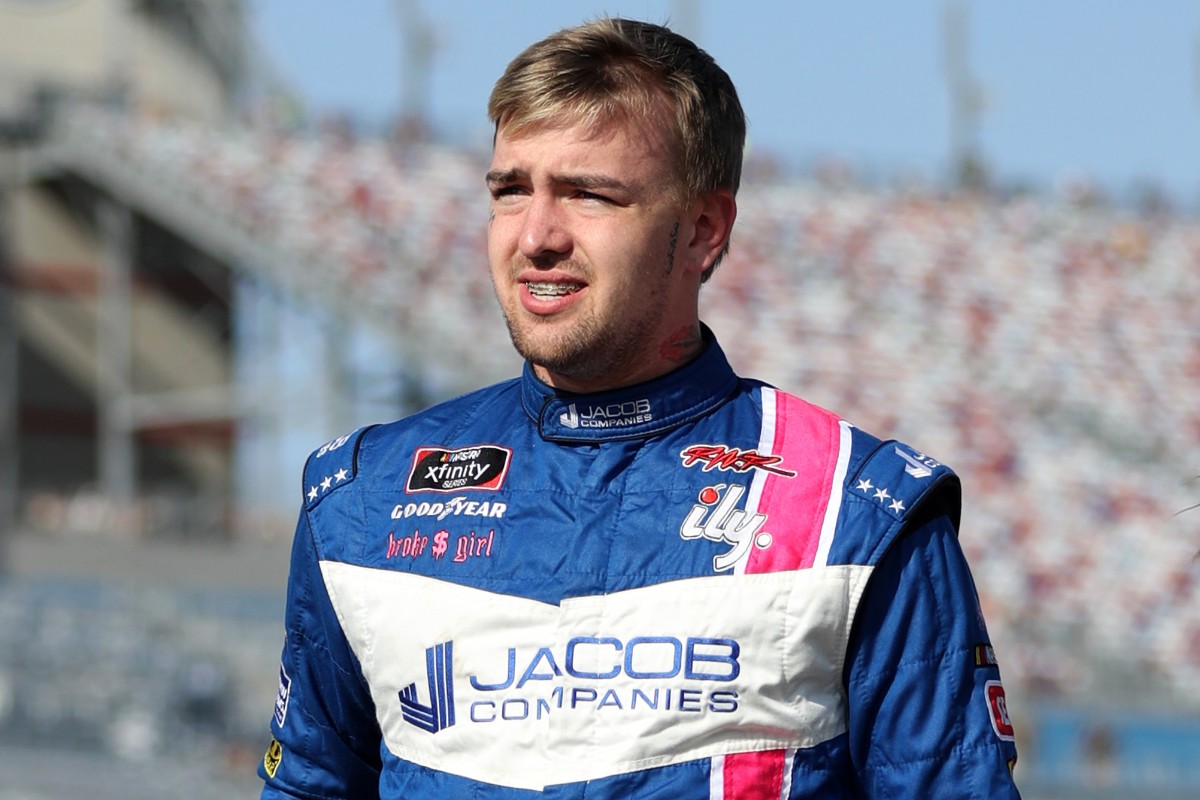 NASCAR has indefinitely suspended Carson Ware, a part-time driver in the NASCAR Xfinity Series, for an incident that occurred on Wednesday morning. The 21-year-old Ware was arrested in Rowan County, North Carolina around 2:30 a.m. on October 20 on misdemeanor charges of assault on a woman, simple assault, and damage to personal property.

Ware was arrested at the home of Kenneth Evans — the crew chief for Rick Ware Racing’s Xfinity team — where Carson had been living “while he recovered from some recent rehab.” According to reports, Ware arrived at the home in the early morning hours “very intoxicated and belligerent,” and eventually became violent. Ware allegedly pushed Evans’ wife, Melissa Katsamperis, and slapped her in the face. The couple locked themselves in the bedroom, where Katsamperis called the police.

When deputies arrived, they discovered broken glass covering the bedroom hallway, and there were scattered clothes, along with damaged paintings and flat-screen TVs. The bedroom door had also been shattered, and the door frame was busted. When Carson was arrested, he had blood on his face and a swollen lip.

“This morning we became aware of a situation that involved Carson Ware,” SS-Green Light Racing said in a statement. “Upon further information, we have indefinitely suspended Carson Ware as a driver at SS Green Light Racing. We are taking this matter very seriously as the facts come to light. At this time, Garrett Smithley will be the driver for the No. 17 entry at Kansas Speedway.”

Rick Ware, racing team owner and Carson Ware’s father, also released a statement of his own on social media.

“While I am frustrated by the actions of Carson, I am even more disappointed for (SS-Green Light Racing owner) Bobby Dotter and his entire team,” Ware wrote. “Bobby has been a great ally through the years, and I hate to see SS Green Light Racing under scrutiny due to actions that do not reflect the reputation and image that Bobby has worked hard to uphold over the years. My hope is that Carson will get the help that he needs during this difficult time.”

Carson Ware started his racing career by competing in Pro Late Models, before making his ARCA Menards debut in October 2019 at Kansas Speedway with Rick Ware Racing in a partnership with Venturini Motorsports. He made his NASCAR Gander Outdoors Truck Series debut in November 2019, running in the Lucas Oil 150 at ISM Raceway for Reaume Brothers Racing.

In May 2020, Ware ran in his first NASCAR Xfinity Series race, competing at Bristol Motor Speedway for SS-Green Light Racing, a team that has an alliance with Rick Ware’s team. Carson Ware’s best finish came in 2020, when placed 20th at the Xfinity race at Pocono.